Note: I originally wrote this as a single post, but it turned out to be much too long for a single reading, so I divided it up into 4 parts; 1 for each artist. Part 1 contains my intro to the article and features Jack Kirby. Part 2 features John Byrne. 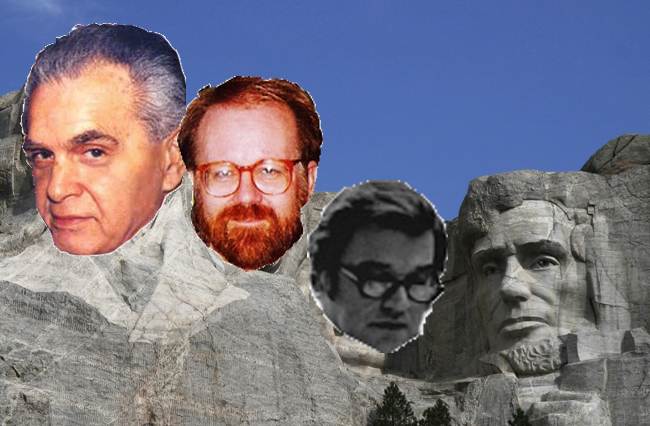 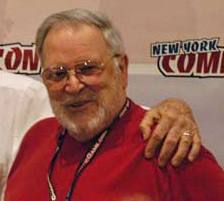 John Romita, Sr. – I’m being sure to add the “Sr.” because, unfortunately, I do NOT care for the art of his son, John Romita, Jr. or “JRR” as he’s known, and I do not want anyone to think I mean his son when I mean Sr., the father, the true legend. 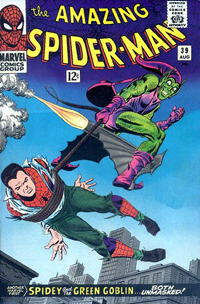 My first exposure to the art of John Romita, Sr. came when I picked The Amazing Spider-Man #39 off the spinner rack at the Rexall Drug store my mom frequented. The change in art style from what I was used to seeing was jolting!

I was already a huge fan of Spider-Man and it was one of the titles I looked for every month. I liked the artwork of regular Spider-Man artist Steve Ditko, but then his were pretty much the only drawings I’d ever seen of Spider-Man. However, in the mid-60’s even a 10 year-old like myself knew that his depictions of fashion and hair styles were woefully out of date, with most characters looking like they had dressed from a wardrobe closet in the early to mid-50’s. Because of that, Ditko’s people and scenes usually looked almost surreal, even the everyday scenes taking place at school or work or on the street. Still, Ditko’s panel layouts and fight scenes were unbelievably good; looking like the action might very well spill off the page and into your lap as you were reading. Years later when I was older I would conclude that Ditko was perfect for a title like Dr. Strange, Master of the Mystic Arts, where magic and weird realms or dimensions were the setting for most stories, but maybe not so perfect for stories that were anchored in the real world. 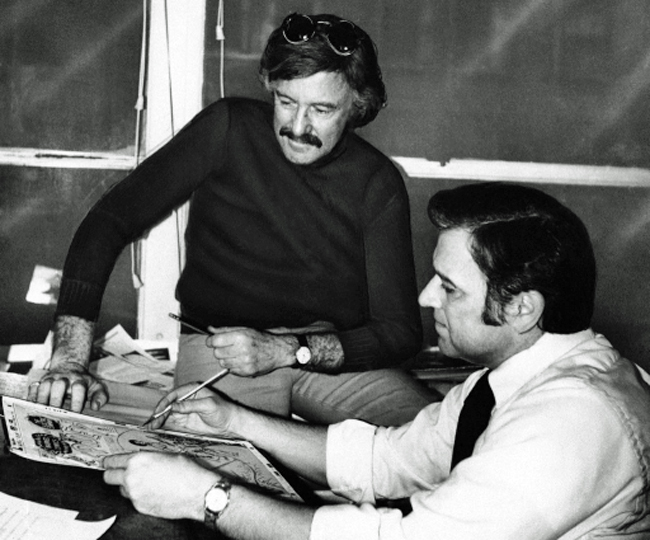 At the time, I had no idea of the reasons behind the change in artists (and did not know that Ditko was also doing almost all of the plotting, under the direction of Stan Lee, who also scripted each story), but years later I would discover that there had been friction between Lee and Ditko about the direction of the title and, more specifically, who would be revealed as the person underneath the mask of The Green Goblin, one of Spider-Man’s most formidable foes. When Lee made it clear who the villain would turn out to be and Ditko did not like it, Ditko decided to leave the book and issue #38 was his last as artist. But again, as a 10-year old at the time, all I knew was that suddenly the art on Spider-Man looked different…and maybe even better. 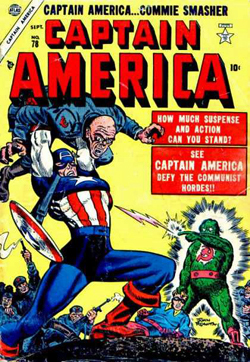 John Romita, Sr. had been a comic book artist since 1949, working on titles like the Captain America of the 1950’s, science fiction titles, and romance books, but this was all before I would lay eyes on his work. All I knew at the time was that Spider-Man had changed from a spindly little guy to someone who, while not muscle-bound, was now a hero who looked like he was in shape. And all around him the world he inhabited now looked like the world I lived in, instead of scenes from an old TV series from the 50’s that they used to remind me of.

And that was in spite of the fact that Romita, as he would later confess in interviews, did his best at first to mimic Ditko’s style because he thought that he would only be on the book for an issue or two and then Ditko would return. He could not fathom that the lead artist on one of Marvel’s top-selling titles would leave the book and not return. In spite of his trying to keep Ditko’s style on the book, Romita’s own wonderful talent would shine through on every page, especially so when, after about 6 issues, Romita would realize that Steve Ditko was NOT coming back and he began to work more and more in his own style. One critic would later say that Romita moved Spider-Man into the mainstream, the real world we all lived in, and that only increased the character’s popularity. Indeed, under Romita, The Amazing Spider-Man would surpass Marvel’s flagship title, The Fantastic Four, in sales; something no other Marvel title had accomplished at that point. 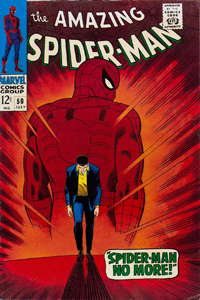 John Romita, Sr. would go on to pencil and/or ink over 100 issues of The Amazing Spider-Man alone. The Romita Sr. Spider-Man of my pre-teen, teen and young adult years would be the Spider-Man imprinted on my mind and my life. To date, no one but John Byrne has come close to moving John Romita, Sr. off the pedestal he has inhabited as my favorite Spider-Man artist. 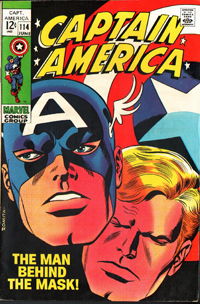 But Romita wasn’t just drawing Spider-Man all those years. He did stories and covers for Captain America, The Hulk, The Avengers, and others. He is credited with designing or helping to design characters like The Kingpin, The Shocker, Luke Cage, The Punisher, and Bullseye. In 1973 he became the Art Director for Marvel Comics, making sure that characters looked like they were supposed to look, even if he had to re-draw a few faces because an artist didn’t get the look right. More than anyone else, Romita set the “house” style of Marvel in the ‘70’s and early ‘80’s. But he also helped new artists establish their own style while teaching them how to make panels and covers get the idea of the story across to readers in the best possible way.

John Romita, Sr. is the only one of my Mt. Rushmore of Comic Book Artists that I’ve ever met in person. If I’m remembering correctly (and I may not be; I swear my memory is worse than Stan Lee’s sometimes), it was at a comic book convention that used to be held at the Bob Carr Convention Center in downtown Orlando, long before MegaCon came along. Anyway, what really matters is that Mr. Romita was courteous, friendly and seemed genuinely flattered when I told him how much his artwork had meant to me over the years. I’m sure he (and other artists) get that all the time, but you would have thought no one ever told him that before. He graciously autographed some of my items and I walked away smiling and happy at having met one of my favorite comic book artists.

Bonus: best inker for Romita’s pencils was a toss-up for me between Mike Esposito (Mickey Demeo) and Jim Mooney.

So there’s my third choice for my Mt. Rushmore of comic book artists. Stay tuned for part 4, or subscribe so you won’t miss it.