Note: I originally wrote this as a single post, but it turned out to be much too long for a single reading, so I divided it up into 4 parts; 1 for each artist. Part 1 contains my intro to the article (which you may find helpful if you have not read it yet) and features Jack Kirby. 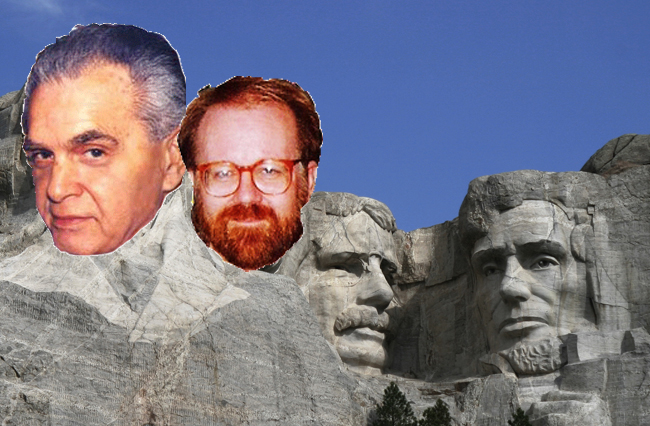 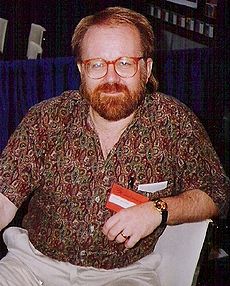 John Byrne – I have a good friend who hates the art of John Byrne with almost the same level of intensity that I love it. That has made for some interesting “discussions” over the years, lol.

My first exposure to Byrne’s work was in the pages of Marvel Team-Up, which usually featured The Amazing Spider-Man as the regular character teamed up with a guest character such as The Human Torch, Werewolf by Night, Captain America, and the X-Men, among others. My favorite Spider-Man artist had always been another of my Mt. Rushmore of comic book artist choices, but Byrne became a very close second for his depiction of the wallcrawler. 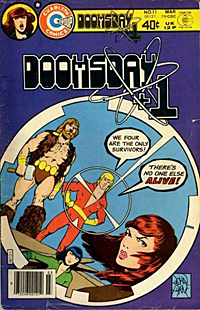 Discovering Byrne had done work previously for Charlton Comics, I hunted the back issue bins for copies of Doomsday+1 and E-Man, which contained Byrne’s Rog-2000 back-up stories, both of which I loved and it was fun to see the evolution of his art and that he kept so much of what made his work special to me, even as he was improving.

Byrne soon became the regular penciller on The X-Men comic book, but I didn’t realize it right away because I didn’t read X-Men at the time and hadn’t since the title had been cancelled years earlier when another of my Mt. Rushmore of comic book artist choices had been the artist. Almost immediately, X-Men became a comic book I purchased regularly, first because of Byrne’s art and soon because the stories were interesting in a way they hadn’t been for years.

Before long Byrne was pencilling other books like The Avengers and, my favorite, Captain America. I wanted Byrne to stay on Captain America for the rest of his life because he portrayed Cap in exactly the way he should, even, in my opinion, improving on Jack Kirby’s version. But alas, it was not to be. 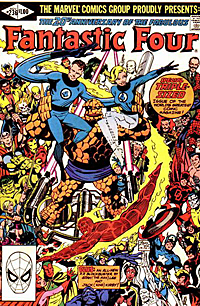 In the early 1980’s Byrne began a five-year run as the writer/artist on the self-proclaimed “World’s Greatest Comic Book”, the Fantastic Four. In his own style, Byrne would revisit some of the great characters and storylines first introduced by Lee and Kirby some twenty years prior. But he also added plenty of his own on both counts and made this reader fall in love all over again with the First Family of Marvel Comics. During the early to mid-80’s Byrne also wrote and pencilled Alpha Flight, provided art for the first two issues of The Further Adventures of Indiana Jones, and wrote and pencilled 5 issues of The Incredible Hulk.

In the mid-1980’s Byrne left Marvel Comics and went to work for the Distinguished Competition (DC Comics)  in one of the largest-hyped talent moves since Kirby left Marvel for DC.

In 1985 and 1986 DC Comics published Crisis on Infinite Earths, a 12-issue massive company-wide crossover series which had one goal; to simplify and restructure the comic book company’s almost 50-year convoluted history of characters and storylines and reduce all stories to having taken place on one earth, rather than the multi-dimensional and sometimes time-fractured stories that plagued writers who had to deal with so much baggage. 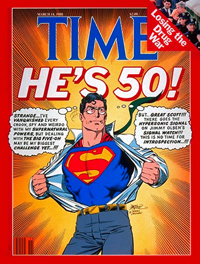 The flagship character of Superman was no exception to this restructuring and John Byrne was chosen to repackage DC Comics’ most visible superhero. As writer/artist, Byrne made many changes to the character and his history, as well as reducing his power levels from almost god-like to merely superhuman. His version of Superman earned his work a spot on the cover of Time Magazine as it observed the 50th anniversary of The Man of Steel.

About 2 years after revamping Superman for DC Comics, Byrne returned to Marvel and worked on several of their titles including The Sensational She-Hulk, Iron Man, West Coast Avengers, Namor, The Submariner and The Star Brand. In the early 1990’s he joined Dark Horse Comics and was responsible for originating creator-owned works such as Next Men, Babe, and Danger Unlimited. From the early 90’s to 2011, Byrne did work for Marvel, DC, Dark Horse and other publishers. In 2015, John Byrne was inducted into the Will Eisner Hall of Fame. 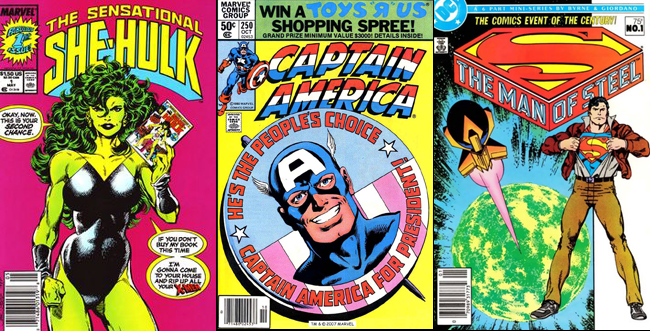 So there’s my second choice for my Mt. Rushmore of comic Book Artists. Stay tuned for part 3, or subscribe so you won’t miss it.