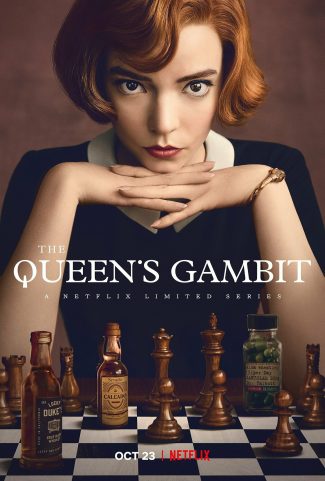 I spent this past Saturday binge-watching “The Queen’s Gambit” on Netflix. Initially I had not planned on watching it, but several friends on Facebook were singing its praises and a couple of my co-workers were also recommending it, so I figured I’d give it a look.

I should say up front that I am a fan of the game of chess. When I was 8 or 9 a young man and his sister who were refugees from Cuba moved in with their parents across the street from us in Hialeah. Their parents did not speak much English, but Mario and his younger sister Marilyn were fluent in the language. Marilyn would babysit my younger brother and I sometimes and Mario taught me how to play chess. I loved the game, especially since it involved skill and strategy, as opposed to games of chance. But there weren’t many other kids in elementary school who knew how to play and it wasn’t until I got to junior high school that I was able to play different people.

One of my favorite gifts of all time came from my younger brother (that’s the case with a lot of my favorite gifts) who brought me back a chess board and pieces carved out of lava rock from his honeymoon in Mexico. My most recent games have been with my ten-year old middle granddaughter Abby a few months ago who, unlike her granddad, had an elementary school which offered an after-school chess club before COVID-19 shut things down.

Still, it’s difficult to imagine a seven-episode television series on the subject of chess being much of a draw, even to fans of the game. But, of course, the series deals with more than the game and is centered around the rollercoaster life of a young chess prodigy as she moves from discovering the game at the age of nine to the end of the series when she is twenty-two and competing in the Soviet Union in 1968.

So I started watching it without knowing what it was all about and, honestly, almost gave up after the first couple of episodes. However, I continued on and by the time it was over I was glad I did. It is an admirable look at overcoming situations you didn’t create and situations you did create, as well as the value of teamwork when it is not your default choice.

A big thumbs up for “The Queen’s Gambit” on Netflix.