Earlier this month I “lost” my Bluetooth earpiece, a little technology item that I use quite a bit. So I promptly went online to Amazon and ordered another one, along with some spare ear hooks (the inside ear holders really hurt the interior of my ears, so I prefer the over the ear hooks) because the ear hooks tend to break quite often. Or maybe it’s just my “Dumbo” ears.

The box with the Bluetooth earpiece arrived late last Friday at my hotel. Coincidentally enough, earlier that afternoon my “lost” Bluetooth earpiece was returned to me when it was discovered to have been sitting on someone’s desk for several days, but no one bothered to say, “Hey, did anybody lose their Bluetooth?” so it languished there while I thought it was lost. Now I have a backup.

Anyway, I was kind of amused by the size of the box my new Bluetooth arrived in. You can see it in the first photo sitting on my hotel room table and then I opened it and took a second photo of the box opened and its contents, which were nowhere near large enough to fill the size box used. 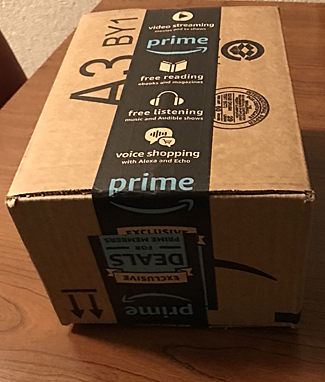 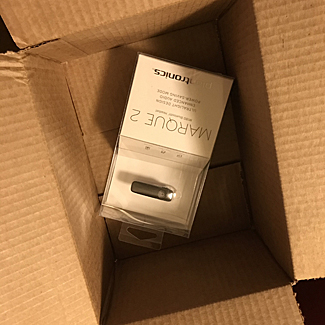 Monday the spare ear hooks arrived and though the envelope was perhaps a better choice than the original box, you can see in the third photo that the tiny little plastic envelope of ear hooks (comparable to the size of a quarter) was still incredibly smaller than the envelope used. 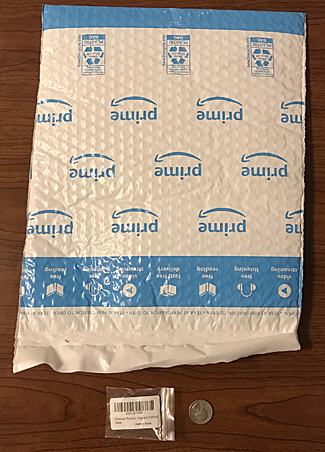 It just seems that Amazon could probably save some postage costs by using packaging that is closer to the size of the item. Then again, I don’t run a billion dollar company, so what do I know?

One thought on “ : Amazon Item Versus Box Size”