Left My Phone In The Uber

You know that thing you say you’ll never do? And then how you feel when you do it? That was me yesterday afternoon.

Don’t be like me; prepare yourself for the inevitable.

While I’ve been deployed to Puerto Rico I have been “Ubering” back and forth from the hotel to the office. It’s much more convenient than using a rental car for many reasons. Drivers here in San Juan are, with all due respect, Keerazy! Traffic is, as in most metropolitan areas around the world, jam-packed. And parking is a nightmare, not to mention expensive.

Occasionally I’ve gotten into the back seat of my Uber ride to find something left behind by a previous customer. A book, a wad of dollars bills, and a half sandwich have been among the treasures left behind. But most of the time it’s a used tissue or Kleenex and usually it’s stuffed into the recessed door handle. Because yeah, people want to be dicks.

And, drivers are supposed to look in the back seating area when you get out, but these folks are hustling for the next ride so I get that they don’t always do that.

Anyway, since I usually only have my backpack and my two cell phones (one work, one personal) with me I normally concentrate on being sure the work one is in my pocket or my hand and that the personal one is in my belt holster or my hand when I get out of the car.

Yesterday afternoon I was scrolling though social media on my personal phone when we pulled into the hotel driveway, so I unbuckled my seat belt, slid my phone into the belt holster, picked up my backpack from the seat, told the driver “Thank you”, exited the car, strolled into the lobby, took the elevator up to my room, walked in and placed my backpack on the couch, then emptied my shirt pocket. My shirt pocket is where i keep my Bluetooth earpiece and when I removed it from my pocket I thought, “Well, I’ll just go ahead and put it in my ear and turn it on so I’ll be ready to talk to Cindy when she calls.”

But when I turned it on, instead of hearing the usual words “Phone one connected” I heard “No phone can be located.”

My hand immediately slapped down to my belt holster, which of course was empty. I remembered then that when I was placing my phone in the holster on auto-pilot it sort of felt funny but I just assumed it was because I was moving to get out of the car at the same time. Turns out I had not really put it in the holder.

Not the kind of panic I felt a few years ago when I realized I had gone snorkeling for 30 minutes with my phone in my bathing suit pocket, but a high enough level that I know my blood pressure spiked, lol.

So I immediately grabbed my iPad out of the hotel room safe and started to Google “phone left in Uber” and while I was doing that my co-worker from HQ called about something work-related and when I mentioned what I had done and was doing she related that plenty of her friends have done the same thing and it’s easy to just go on the app and report it.

So I start downloading the app to my iPad while we’re talking about the work-related thing and just about the time we finish our conversation the app finishes downloading. The first thing it wants is your mobile number and when I enter that it helpfully says “Please enter the code that was sent to your phone.”

So, back to Google. OK here’s a number you can call, so I call it. It’s a recording that basically says, “You’re SOL if you’re not a member of this high-falutin’ club for special subscribers.”

I follow it and DM them and within seconds they DM me a link to a site when I can log in with my username and password. My last ride pops up and I click a button that connect me by phone to my driver!

“Hi Jeff, yes you left your phone in the backseat. I dropped you off at BLANK, correct?” 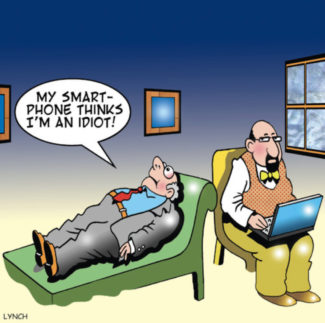 Now, when you use this link it says that drivers are busy and it may take a while and, to make up for their lost time in taking you something you stupidly (my word, not theirs) left in their car, an additional $15 will be tacked on to your fare.

Fine with me, ring it up!

I go sit in the lobby by the door and I’m expecting him to drive up and I’ll run outside and get the phone but in about 25 minutes here he comes walking through the door. He had parked to come inside!

I jump up to greet him, seeing he is holding my baby (“I’ll never let you go again, sweetie. And tonight, instead of being on the nightstand next to the bed, you can sleep in the bed with me and we’ll cuddle.”) and I smile my best smile at him while he is extending my phone toward me. I take out my last $20 bill and hand it to him as he hands me the phone, then shake his hand and tell him “Thank you” as he looks at the $20 and says “Thank you” and we both smile and go our separate ways.

My 45 minutes of horror, has ended and all is right with the world.

So, instead of thinking it will never happen to me again, I have now installed the Uber app on my iPad as well so I can access it from a secondary device if I ever need to and be prepared for the inevitable

And, big thanks to the Uber Twitter account folks and to my driver who was kind enough to bring my phone back to me.

By the way, Cindy thought I was just trying to get another phone, but I’m really waiting until the new ones come out later this year so mine will be better than hers, which she got by trying to fall off the jetty in Palm Beach last year!