Would You Dine With Strangers? 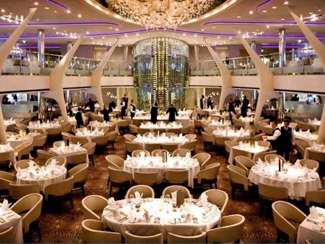 When Cindy and I took a cruise several years ago, the only part of the whole experience I disliked was having to share our evening dinner with six other people we did not know. That’s part of the normal cruise experience, but if it had just been me on the cruise, I would have taken meals in my cabin every night! I really have no desire to dine with strangers.

I look at strangers and make up stories about their lives all the time. I sometimes even do that with people I know but don’t know intimately. I create jobs, lives, motivations and even construct secrets about strangers and some friends so that I can make them a character in a story.  But I very, very seldom feel an urge to sit down and talk to strangers.

So I thought it was out of character for me to feel a tingle of excitement and thoughts of “I might like to do that.”  when I read this article in the Washington Post about Anthony Lacey and how he makes an effort to dine with strangers as often as he can for his blog Dining With Strangers. 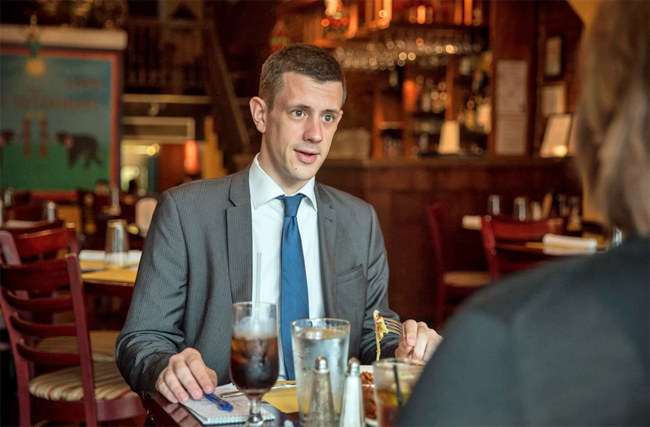 Anthony Lacey, 35, interviews and dines with Meredith Denbow, 29, at Jyoti in the Adams Morgan neighborhood of Washington. (Evelyn Hockstein for The Washington Post)

But then I figured out that these are strangers he seeks out because he wants to learn something and write something about their work or life.

THAT’S something I’ve done before. The first time was back in 2007 when my friend Michelle gave me an opportunity to interview a comic book artist (that I had almost no knowledge of or about) when he was appearing at a local comic book shop. It wasn’t really “cold” questioning, like Lacey seems to do,  because I researched him as much as I could prior to our interview and gave him some “hooks” with my questions that he could expand upon.

I remember driving to the interview and thinking, “OK, you’ve always admired Superman and Superman’s alter ego, Clark kent, is a reporter, so you’re just filling out your admiration to the complete character.”

Yeah, I have weird thoughts.

Since then I’ve done other interviews with strangers (some cold and some prepared) and I think I’ve gotten better at it, but even those have either been over the phone or at their place of business.

So, though I am not fond of the idea of dining with strangers, I could probably get into it in a big way if I was seeking out people whose jobs or careers I really had a great interest in learning about.

One thought on “ : Would You Dine With Strangers?”