As of today, I only have sixty days left in my 50’s. After that, I will enter my 6th decade on this earth. It doesn’t feel like it’s been THAT long when I look back, but the birth certificate doesn’t lie, right? 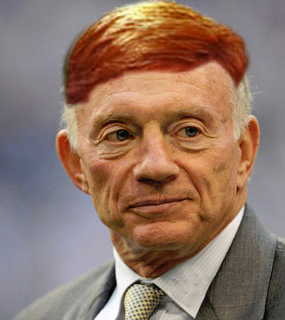 When I was 19 and in college, I had a professor who was 60, bald, and wore a toupee. A very ill-fitting toupee. Like the horrible monstrosity pictured here. I vowed then that I would never, ever wear such a hideous eyesore upon my head, no matter how bald I might find myself. I’ve been fortunate that I’ve yet to reach such a stage of hairlessness, but my vow holds true because I could never see myself trying to cosmetically cheat the look of aging. Along with the “no toupee” vow, I also pledged to myself that I would never employ hair color to darken my locks, nor have a plastic (such a strange use of the word when skin is involved) surgeon do any tucking, tightening or otherwise unnatural processes upon me purely for cosmetic purposes.

I have no argument with those who do, by the way, as mine is simply a personal oath to age, if not gracefully, then at least naturally. I also don’t view attempts to stave off the effects of aging with exercise to be in that same class of things I would avoid, though I most certainly need to avoid them less and embrace them more.

All of that written to say that when I look in a mirror I see the graying hair and beard, the skin beginning to sag and droop, the spots on the skin and all the other signs of outward aging but I don’t FEEL as if 60 is imminently approaching inside here, in me. 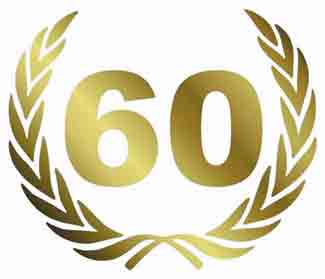 But perhaps a different word than feel is needed here because I definitely feel the aging process, especially when I attempt to do some of the things I did as a younger man. The other day my 2 youngest grandchildren were visiting and I began playing a game with my 2-year-old grandson where I would l hold him under his arms at his shoulders and lift him above my head, only to seemingly drop him while maintaining my grip on him. He found this “scare” to be delightful and kept repeating, “Again. Again.” as he laughed and so as a good granddad I did as he requested. Then his 5-year-old sister decided she would like to get in on the fun. Needless to say, after several minutes this old man began to tire, but how can you say “No more” to your lovely grandchildren? Especially when you are delighting in their laughter.

I felt it in my shoulders and arms the next day. So I do feel the aging process, but my mind still sees the younger man when it looks at me from the inward point of view. I wonder if it will always be like that. 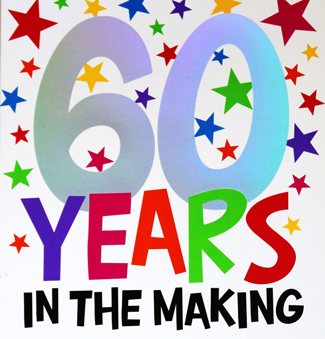 In my almost 60 years it’s been my fortune to have not lost any loved ones (save my childhood friend at the age of 16) outside of the normal course of events. Both my grandparents and parents passed away in their latter years in the typical process that aging brings. I’ve never lost any of my children or grandchildren to tragedy and though I have no belief in any kind of being who directs such things, I do both thank whatever fates are responsible for that and beg that they continue to keep such horrors at bay.

Regrets? Well, as Frank Sinatra sang in the song, “My Way”, I’ve had a few. But then again, too few to mention. I counted the other day and arrived at 5 major regrets I’ve had in my almost 60 years. I won’t share them with you here, but all in all I don’t view 5 as a large number to have had in my lifetime. And I now live every day trying to do what I can to assuage my sense of regret for those. I hope I’m balancing out the scales in some way. But I can’t say that I would change anything in my life because all of it, good and bad, has brought me to where I am today. 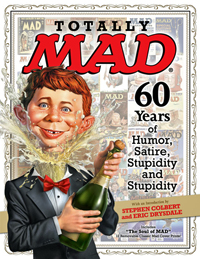 During the past almost 60 years I’ve met some people I’ll never forget, and some I rather would. I’ve listened to wonderful music and even played some of it. I’ve read great books, stood in front of art created by masters and contemplated the secrets of the universe. I’ve admired people who were smarter and more talented than me. I’ve judged people on their behavior and actions, not their skin color or station in life. I’ve tried to learn from everyone; from some what to do and from some what not to do. I’ve always tried to do the right thing. I’ve stumbled and fallen, but I always picked myself back up again and kept trying to move forward.

And as I stand at this milestone in my life I can’t help but wonder…what will the next 60 years be like?

One thing’s for sure; no toupee!