Music of My Life – China Grove

On the same Saturday a couple of weeks ago that I visited The Alamo and the River Walk in San Antonio, I also took the opportunity to visit a place that has been on my “bucket list” since 1973 when I first heard about it through the hit song of the same name, “China Grove”, by The Doobie Brothers. This song made it to the number 15 spot on the Billboard Hot 100 that year.

To be honest, I wasn’t sure the place even really existed outside the lyrics of the song until many years ago when I looked it up online. Then, last August when I found out I was coming to Texas, I immediately set about learning exactly where it was located in The Lone Star state so that I might try to visit the town of China Grove. It turns out the lyrics are spot on, as it’s “down around San Antone” so after leaving San Antonio to head back to Austin, I drove to the “sleepy little town” and took a couple of pictures to remember my visit by. 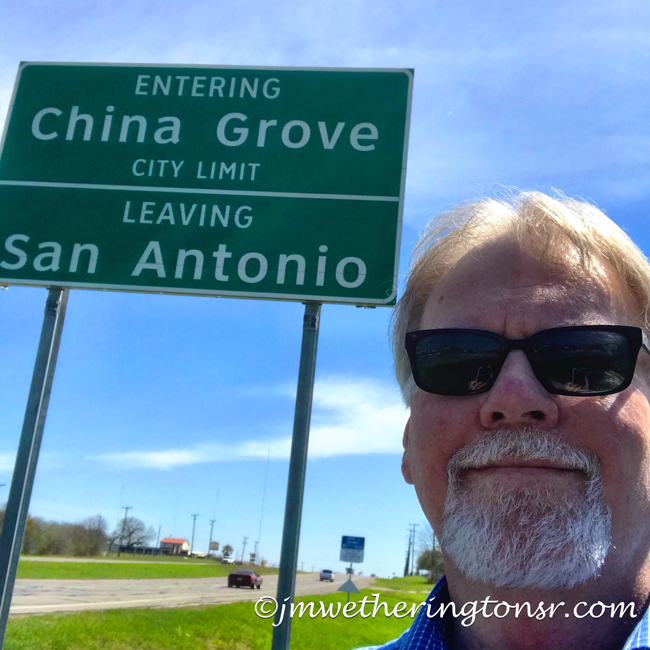 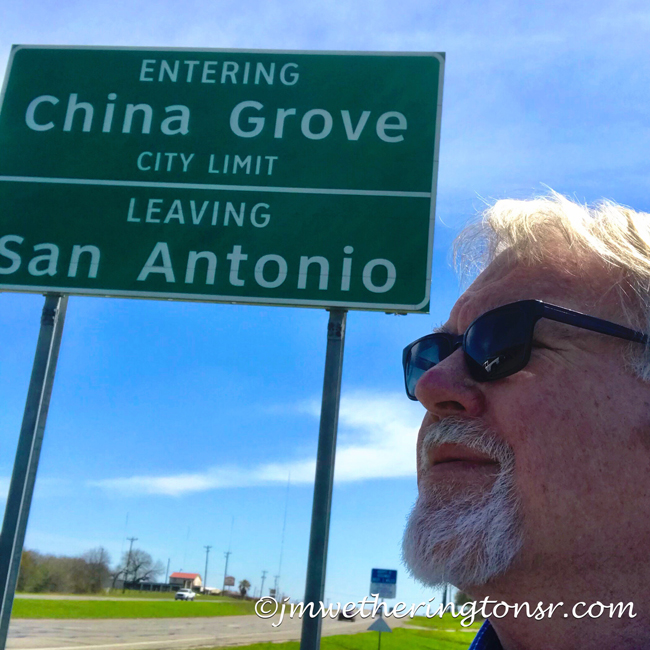 Here I am, lookin’ to the east…

Here’s the video of The Doobie Brothers performing the song “China Grove” that’s been in my head as part of the music of my life for 45 years and was finally marked off my bucket list of places to visit.

And here are the lyrics so you can follow along to “China Grove”, if you don’t already know them by heart.

The people of the town are strange
And they’re proud of where they came
Well, you’re talkin’ ‘bout China Grove
Oh, China Grove

Well, the preacher and the teacher
Lord, they’re a caution
They are the talk of the town
When the gossip gets to flyin’
And they ain’t lyin’
When the sun goes fallin’ down

They say that the father’s insane
And dear missus Perkins a game
Were talkin’ ‘bout the China Grove
Oh, China Grove

And though it’s a part of the Lone Star state
People don’t seem to care
They just keep on lookin’ to the east
Talkin’ ‘bout the China Grove
Oh, China Grove