Albert Einstein Would Have Been 139 Today

Wednesday , 14, March 2018 J.M. Wetherington Sr. Special Days Comments Off on Albert Einstein Would Have Been 139 Today 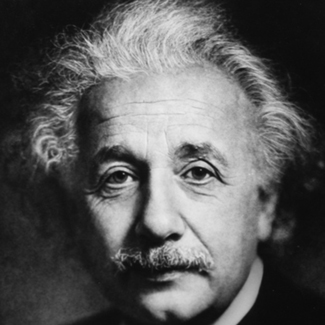 I’ve written often about the man who possessed probably the greatest scientific mind in the history of man, usually on his birthday. Albert Einstein would have been 139 years old today had he not passed away on April 18, 1955.

In this post about Einstein, I mentioned (among other facts about the man) that my answer to the question, “If you could meet one person from the past, who would it be?” has been Albert Einstein since I was a young teenager. That has not changed since I wrote that 4 years ago.

In this post three years ago, I showed how his plain language approach helped me to understand his Theory of Relativity.

And in this post, on the anniversary of his passing in 2015, I shared the photo of his desk on the day he passed away and posited the theory that the condition of my desk on the day I die will be the only thing I’ll ever have in common with the greatest mind of the 20th century.

Here’s one of my favorite quotes from him:

“The difference between stupidity and genius is that genius has its limits.” –  Albert Einstein

The man was indeed a genius, because we see that proved true every single day.