Today’s Throwback Thursday takes us back to March of 2007 when Michael and Stephanie came down from NYC to visit my daughter Ann. Stephanie and Ann have been friends since high school and remained so after Stephanie moved back to the Big Apple and met her future (and now) husband Michael. It was great to see my “other daughter” and I know Ann enjoyed the visit so much.

As a side note; when I was in NJ in 2013 and took the train up to New York City to spend the day with Michael and Stephanie walking around Chinatown and Little italy (which was a LOT of fun for me), Michael was very courteous to me when my old man memory (or lack thereof) made me say “Nice to meet you.” because I didn’t recall our meeting in Orlando when this photo was taken. My face was red, but he was very kind. 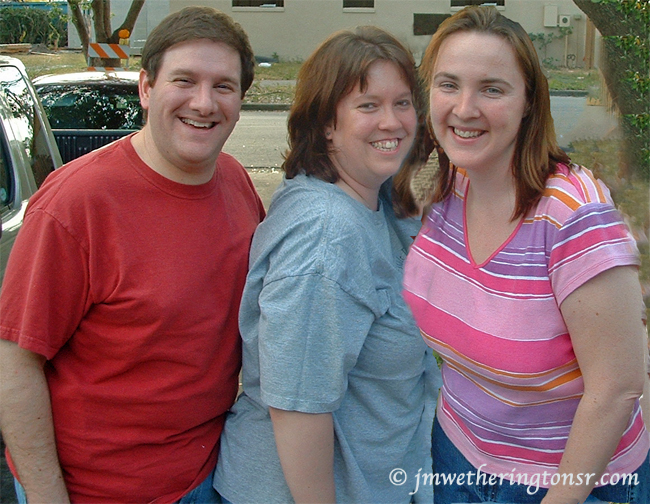