It was 13 years ago today that our nation, as a whole, experienced one of the darkest days in our history and that most of us, as individuals, recoiled in shock and horror as the utter brutality and lack of respect for life was visited upon us by terrorists.

In some ways it seems like yesterday that I watched with unbelief the image of the North tower burning due to an airplane crash and then with horror as the second plane struck the South tower. In other ways it seems a lifetime ago. Even today, 13 years after the attack, it seems almost unbelievable. Were it not for images such as the one below, we could almost tell ourselves it was only a nightmare. 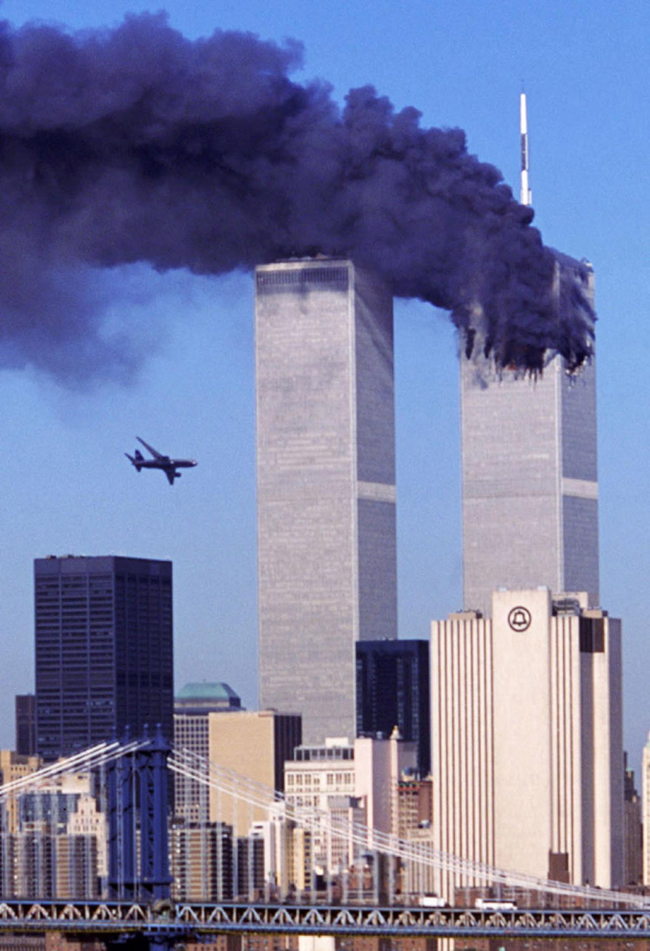 Less than an hour later, an attack on the Pentagon would follow and then, a little over 30 minutes after that, brave souls on board United Flight 93 would storm the cockpit, attacking their hijackers and causing the plane to crash in an empty field in Pennsylvania, aborting the attempt to crash into either the White House or the Capitol Building in Washington, D.C. Between all these events the World trade Center towers collapsed, first the South and then the North, killing more than 3,000 people.

I do not know of any way to remember those events without my eyes welling up with tears, even all these years later. The innocent victims, the brave passengers, the loved ones they left behind are all in my heart and on my mind.

This morning I had an appointment at 9am EDT, but I made sure I arrived early so that at 8:46am, the time the first plane flew into the North tower, I could observe a moment of silence while sitting in my vehicle to serve as a remembrance and memorial of those who perished.

One thought on “ : Throwback Thursday – In Remembrance”