Today’s Throwback Thursday photo is one I took in February of 2008 at the flooded Riverfront Park in Baton Rouge, LA.

I was there doing some work at the end of the response to Hurricane Katrina which had hit the area back in 2005. While I was there the Mississippi River was flooding along its route and the Riverfront Park in Baton Rouge found a good portion (25 to 30 feet, if I recall correctly, though I’m not exactly sure) of its concrete steps and railings covered in the muddy waters of the Mighty Mississippi. 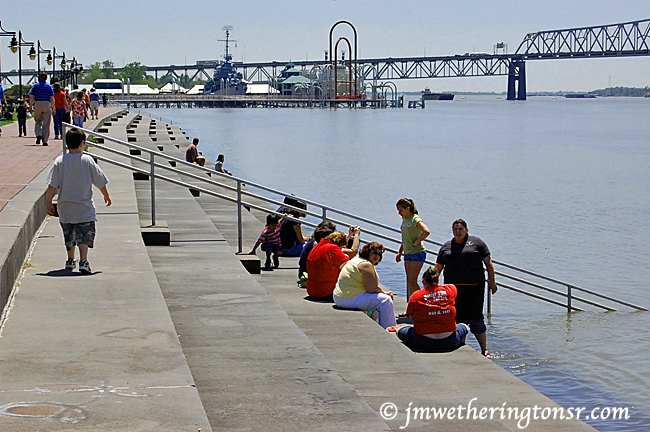