Wednesday , 5, February 2014 J.M. Wetherington Sr. General Comments Off on This ‘n That

A collection of thoughts and information from me to you on this Wednesday.

There used to be someone called The Masked Blogger here in Orlando a few years back. Here are some photos he took while he was here. 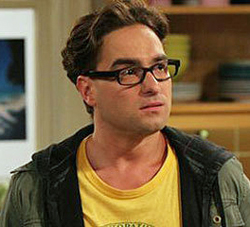 I wonder how many people are aware that the Leonard Hofstadter character on The Big Bang Theory is an homage to Nobel Prize winning physicist Robert Hofstadter. In addition to the name similarities, the real Dr. Hofstadter taught at Princeton University before moving to California to teach at Stanford, while the fictional character graduated from Princeton and moved to California to work in the Physics department of Caltech.

It’s a shame that a soldier would even have to do something like this at such a sacred memorial, but I appreciate that he put these rude, obnoxious, unthinking people in their place with a few well-chosen words and tone of authority. The video is below, but please click the link for a full explanation/description.

I applaud the decision by CVS to no longer sell tobacco products and agree with the logic of CVS’s president when she says, “Selling tobacco is very inconsistent with being in that business,” said Helena Foulkes. “We really thought about this decision as it relates to the future as a health company — it’s good for customers and our company, in the long run.” But I also think that if you extend that logic to its natural conclusion they are going to have to remove any fatty, salty and sweet products such as chips and candy from their shelves as well.