Just a collection of this and that from recent things I’ve read, seen or experienced. 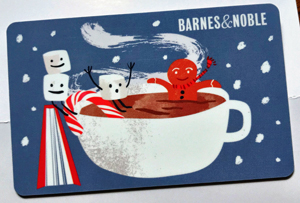 Barnes and Noble Going Under? I know, I know, we keep hearing it more and more over the past few years but this piece from CNBC makes it seem even closer at hand, what with the layoffs of their lead cashiers and digital leads in stores across the country. And, in a pretty crappy way too; showing up at work a couple of Mondays ago only to be told they’d been laid off.

I think I’d better go use that gift card I received at Xmas from Amber and Abby before the company goes bankrupt and stops redeeming their outstanding gift cards like these companies did.

The Germiest Spot in the Airport? If you travel by air a lot as I do (and are as old as I am) then this article on the AARP website may have caught your eye as it did mine. Like most people, it turns out, I worry more about germs ON the plane as opposed to IN the airport. I wear long sleeve shirts so the bare skin of my arms doesn’t come into much contact with the armrests; I carry a travel container of Purell so that after I touch the overhead bin, drop the armrest down, and buckle my seatbelt I can clean my hands; and I keep myself hydrated so that a dry throat or nasal passages won’t lower my resistance to infection.

But it turns out THE germiest spot is in the airport at the touchscreen ticket kiosk. Those machines have never been my first choice because I still like knowing a professional at the ticket counter is handling my arrangements, but more and more airlines are moving to them and having your only interaction at the counter be to drop off your bag(s). The last 4 times I’ve flown I’ve had to use the kiosk to print my own baggage tags, attach them, acknowledge that I’m not flying with dangerous substances, and drop them at the counter where a person looks everything over and, if I haven’t messed anything up, sends me off to my gate. 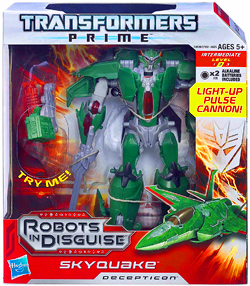 Have You Ever Heard a Skyquake? And no, I’m not talking about the Transformer toy.

I’ve heard plenty of sonic booms in the sky over the years, but while a skyquake sounds like a sonic boom it is not the same and, to the best of my knowledge I’ve never heard one of those.

But I think it would be a great name for a band.

That’s right, one of the tech giants in the world can’t figure out a better way to prove you are who you say you are and have an address in the U.S. than to send you an old-school paper postcard. I was discussing this with two co-workers (both much younger than myself and more tech-savvy as well) and they both laughed and the first words out of their mouths were, “So, if I’m not in the U.S. and I’m a bad actor, I just get someone to let me use their address, right?”

You can’t make this stuff up…