Do you remember this little ditty from when you were a kid?

Picking their nose and chewing it..chewing it…

They think its candy..

And sometimes it was followed by:

Of course “it’s not” sounds like “it’s snot” which always made the girls scream, “Ewwww YUCK!” and was good for a laugh. 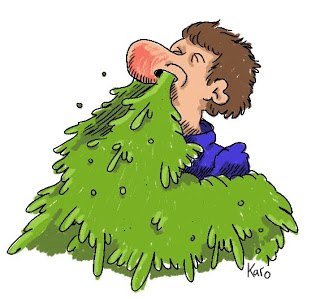 The timing of a recent article about mucus was interesting in that I had just gotten over a bad cold (Cindy thinks it was the flu) a week or so earlier and thus this headline, “What It Means When Your Snot Is Green”, got my attention.

Here’s the infographic that accompanied the article. Most surprising (though I did recall that I had read this somewhere else before) was the first “Bonus Fact” which states, “You produce and swallow about 1.5 quarts of nasal mucus daily.” It’s sort of gross if you think about it, but thankfully most of us don’t…except for times like now when it’s pointed out to us.