The Stuff That Dreams Are Made Of 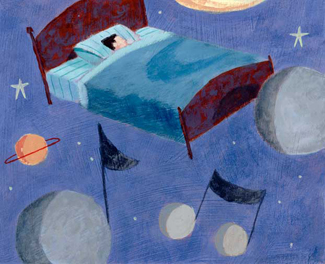 I came across an interesting article a few weeks ago about things that may influence our dreams. Being an avid dreamer, a weird dreamer and sometimes a nightmare dreamer, I was interested in what things in my life or in this world might be the cause of my somnambulant sojourns.

“6 Surprising Things That Can Influence Your Dreams” does indeed contain some surprises.

Number three is also beyond my knowledge as I’ve never tried to track the correlation of the two.

Number four is not the case with me, even though I am over 55 and watched TV in black and white until the time I was 11 or so, with the exception of one dream I had about the Roy Rogers TV show when I was around that age, which was in black and white. Otherwise, all my dreams I can remember have been in color.

Number five is another one beyond my knowledge as I’ve never tracked the correlation of how different cheeses affected my dreams.

Number six is a big “Yes!” for me. There have been SO many times that sounds in the real world have integrated themselves into my dreams in completely logical ways. Obviously, this also happens to many people as we have seen the story point of knocking on a door, an alarm or calling someone’s name used time after time to move a character from sleep to wakefulness.

What do you think about these six things affecting your dreams? Have any of them influenced your dreams?

One thought on “ : The Stuff That Dreams Are Made Of”