The Greatest Superhero Movies Of All Time

Empire, the self-described “world’s biggest movie magazine” is running an online poll seeking votes to discover The Greatest Superhero Movies Of All Time. 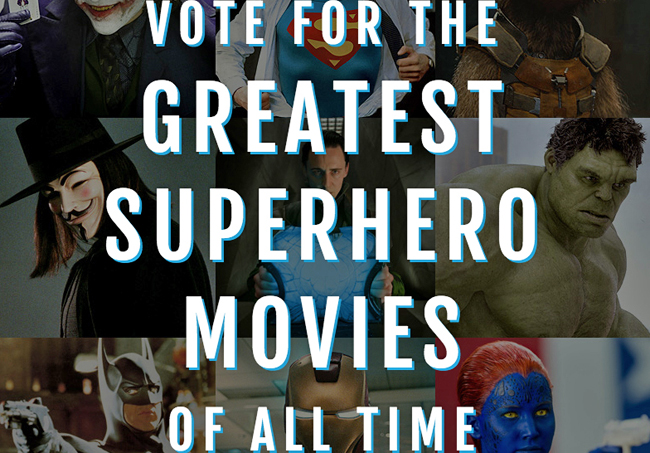 For purposes of their polling, a superhero “is someone who undertakes heroic actions with some kind of superhuman attribute – whether biological, mechanical or mystical. Batman and Iron Man fall into the second category, Constantine might fall into the latter – and if in doubt, a character who originates in a comic has a better chance of meeting our definition than one who comes from a novel.”

And, as they remind us, don’t forget characters and movies that may not be blockbusters like Mystery Men or Spawn.

Here are my top 5, what are yours?

Voting ends on December 15th, so head on over and cast yours before the deadline.