The 100th Birthday of George Reeves 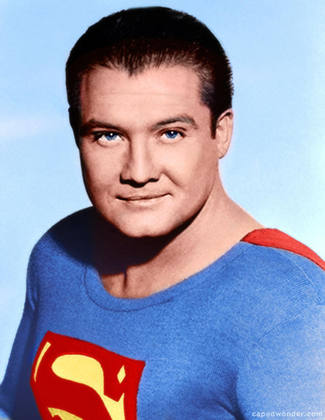 George Reeves, better known as Clark Kent/Superman to millions of kids from my generation, would have been 100 years old today, had he not allegedly shot himself in the head at the age of 45.

My very first exposure to Superman, who would become and remains to this day my favorite superhero character, was watching the TV series “The Adventures of Superman” when I was about 6 years old in 1961. My local TV station, like many around the country, ran reruns of the series which originally aired from 1952 to 1958. Later, when I was almost 7, I would give up reading comics like Richie Rich and Casper The Friendly Ghost and begin to concentrate on comic books which featured The Man of Steel like Superman, Action Comics and World’s Finest, but the TV series with George Reeves in the starring role was where my love of Superman began.

Reeves brought a lot of realism to the unbelievable character of Superman. Other than the absence of the spit curl, Reeves looked almost exactly like the comic book version. He was tall, barrel-chested, square-jawed and through the use of rudimentary special effects such as hidden below the screen springboards to help him leap into the air or through open windows; iron bars that were really rubber to simulate strength; and flashes with sound effects to sound like bullets bouncing off his chest, Reeves portrayed a convincing Man of Steel. 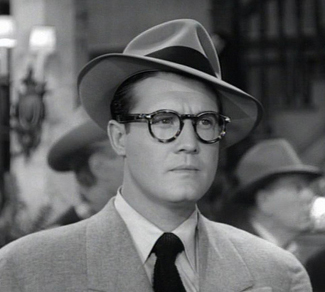 But he also made Clark Kent, Superman’s alter ego, seem even more real. With the business suit, black horn-rimmed glasses and a fedora, he was the spitting image of The Daily Planet’s star reporter (though Lois Lane would disagree with that) as visualized in the comic books.

However, Reeves would bring some added dimensions to the character that weren’t in the comic book version. For instance, the comic book version of Clark Kent was always that of a milquetoast type of man; one who was always shown as being afraid, weak and timid. Of course, when you’re the world’s most powerful man and you’re trying to hide that in a secret identity, it’s a great way to disguise who you REALLY are. But Reeves also seemed to know that Superman was the real person and Clark just a construct to hide that real person. As such, it would be natural for Kent to exhibit more of the manliness, drive and confidence of his real persona and have to work at pretending to be less than he really was. In many scenes, Reeves can be seen having to backtrack to a cowardly stance instead of following through with his initial words or actions of power. There’s also the truth that though you might be a “mild-mannered reporter for a great metropolitan newspaper,” you could not be the newspaper’s star reporter without being a hard-driving, strong personality who is not afraid to step into dangerous situations. 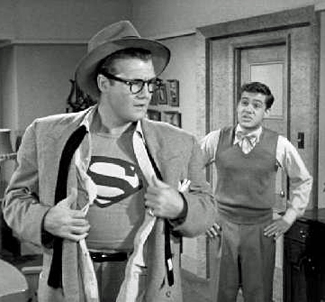 From one of my favorite episodes, “Panic in the Sky”, we find Superman (who has lost his memory due to a collision with an asteroid) almost inadvertently revealing his secret identity to Jimmy Olsen.

I think I was 8 years old when one of my friends told me that Reeves was dead, though he said it was because Reeves really thought he was Superman and jumped out of a high-rise building believing he could fly. When I went home and asked my mom, she told me my friend was mistaken in how Reeves died and why, but that it was true he was no longer with us. A few years later in my early teens I discovered how he had really died, even though no one was ever really sure if it was a suicide or a covered up homicide.

But I will always remember Reeves as the TV embodiment of what Superman was in comic books, and of his Clark Kent playfully winking at the TV audience at the end of most episodes of “The Adventures of Superman” to let us all know that he knew we were in on the secret.