This was up in one of the Facebook groups and I thought it was hilarious because A. the kid Tommy seriously tries to tackle the Man of Steel and gets broken because of it and B. Superman is a dick about it; just winking and smiling. 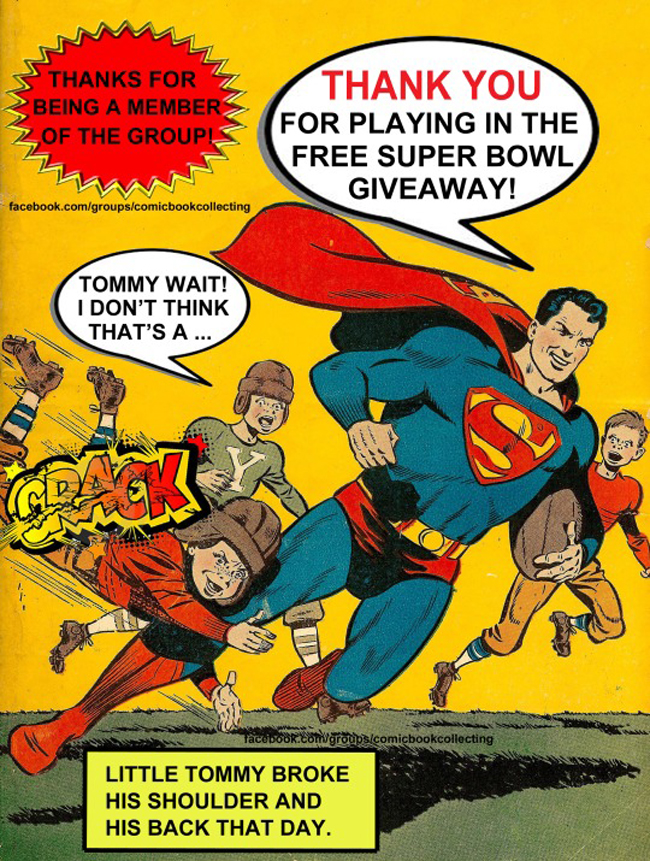 My daughter would say Tommy is Seattle and Superman is New England. 🙂