Star Trek- Which Version Is Your Favorite?

Are you a Star Trek fan? If so, read on. If not, this post won’t interest you at all and you won’t hurt my feelings if you click on past to the next stop on your Internet journey. 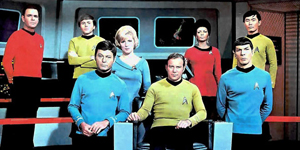 When the original Star Trek TV series premiered in 1966, my 11-year old self was an instant fan! I was raised on “The Jetsons”, “Lost in Space” and countless science fiction movies. I was ready for a serious TV series about exploring “Space, the final frontier.” That Gene Roddenberry brought cultural and social issues into the storylines was a bonus. Kirk was a captain of action, Spock a man (OK, Vulcan) of intellect and McCoy a doctor of heart.

But three short years later, it was gone, the victim of network cancellation. I would not see its like again for several years, not until reruns began on TV stations across the country. 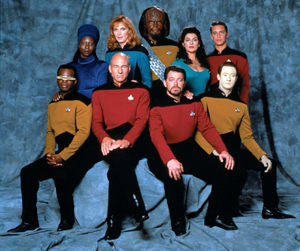 When Star Trek: The Next Generation hit TV screens almost 20 years later, I was excited to see the franchise continuing. The first season was extremely disappointing, the second only marginally better and the third showed great promise. But it was the end of the third season, which concluded with the cliffhanger “Best of Both Worlds” that showed that ST:TNG had left the shadow of The Original Series and come into its own.

I watched Star Trek: Deep Space Nine (simply called DS9, but for this post all franchise shows will be labelled Star Trek: whatever) when it premiered in 1993 (and throughout its 7 season run) because it had the history of Star Trek and not much more. I kept hoping for more, but it never happened.

Star Trek: Voyager arrived in 1995 and though it had its ups and downs it was overall an enjoyable 7 seasons of space-faring fun in the, until that point, unexplored Delta Quadrant.

Star Trek: Enterprise was the next, and last, incarnation of the franchise and debuted in 2001. Unlike its predecessors, this version went back to a point in time BEFORE the Original Series to show the beginnings of the Federation. It only lasted 4 seasons.

So if I rate the franchise offerings in order of what I liked best, it goes like this:

The whole point of the preceding is what I read in this Washington Post blog which is headlined “These graphs prove Star Trek: The Next Generation is better than The Original Series.”

I too found episodes like “The City On the Edge of Forever” (by the legendary Harlan Ellison), the two-part season spanning “The Best of Both Worlds” and “The Inner Light” to be exceptional stories. But my agreement with the graphing ends with their placement of the various series in ranking. I might, MIGHT see that Next generation could be marginally better than the Original Series, but there’s no way I think DS9 is higher rated than Voyager or Enterprise.

What do you think?