Last night I finished rewatching all 29 episodes of Star Trek – The Original Series Season One.

Earlier this year a good friend of mine told me about a set of books, “These Are The Voyages – TOS”, covering the three seasons that comprised Star Trek – The Original Series. I was, to say the least, intrigued. I watched the original Star Trek as a kid on TV each week as it aired; then again when it began enjoying a resurgence through re-runs several years later (even though the episodes were edited to make room for more commercials on the stations that aired them). I’ve attended Star Trek conventions, probably read almost every book written about the series and several by the principal characters. I’ve been gifted with DVDs of episodes from the Original Series and my love of the Original Series spurred my interest in the various incarnations of the Star Trek mythos. 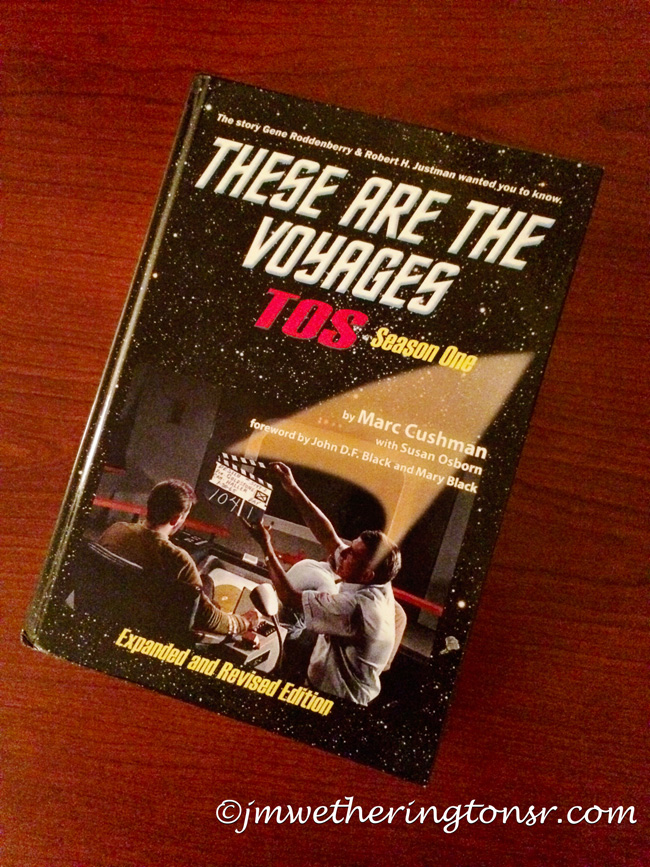 So I was a little bit skeptical that these books would be anything other than a rehash of information I was already aware of, but I added them to my Amazon Wishlist anyway. On my birthday this year, Cindy’s mom and dad gave me the first two volumes. Have I mentioned how wonderful they are?

And if I thought these might be nothing but rehashes, well boy was I wrong.

Don’t misunderstand, there is a lot of background information, in at least the first volume which covers the first season, that I DID know already. But there was also A LOT that I did not know.

This first volume contains 658 pages dealing with the events leading up to the creation of Star Trek; detailed, behind the scenes information; new interviews with those who were there during production, filming and editing; exhaustive, episode-by-episode histories; memos and never-before-seen photos.

As the back cover states, “These Are The Voyages…will take you back in time and put you in the producers’ offices, the writers’ room, onto the soundstages, and in front of your TV sets…”

Since Netflix has Star Trek – The Original Series available to stream, I decided several weeks ago to combine my reading of the first volume with rewatching each episode of Season One. I would read the chapter on the episodes in the order they were filmed and, as I finished each chapter, I would then watch the episode. It was more fun than a barrel of phasers set to stun!

I’ve seen these episodes multiple times in the past 50 years since they first aired, but I watched them with a new awareness and eye for detail as I looked for scenes that now contained either on-screen issues I had not previously noticed (mostly continuity issues like uniform problems or fight sequences) or with a new appreciation for what was presented because I knew what the writers, producers, performers, cameramen or editors had to go through to achieve (or fail to achieve) what I was looking at 5 decades later.

In a strange bit of serendipity, I was at the bookstore a couple of weeks ago and from across the room saw this book, “The Autobiography of James T. Kirk” in a display. I tried to appear to be casually strolling over to the display, but the people I knocked out of the way may disagree with my description of how I behaved. Don’t worry, they’ll be fine. 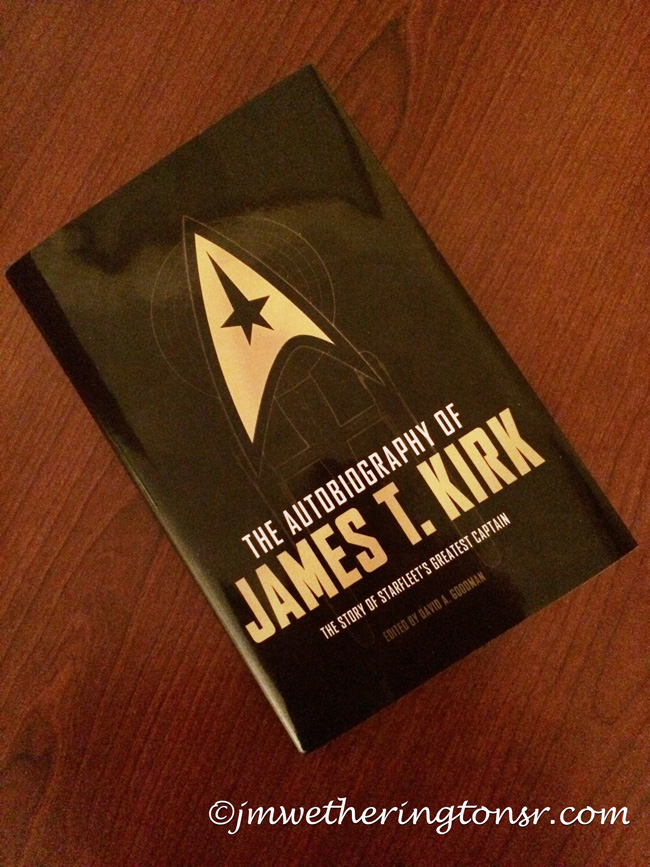 I bought the book, brought it back to the hotel, and began reading it. Soon, I was at the point in the autobiography that coincided with where I was in my reading of “These Are The Voyages” and viewing of the episodes. It was a copacetic experience to be reading the behind the scenes accounts, watching the episodes and reading the “autobiography” of the fictional Captain Kirk in the same order.

But soon the autobiography moved ahead of the first season and the magical experience came to an end. I finished “The Autobiography of James T. Kirk” last night as well and enjoyed it tremendously. I have plans to gift it to the same friend that told me about “Star Trek – The Original Series” for the holidays this year.

If you’re a fan of Star Trek, especially The Original Series, then you’ll want to get these 3 volumes and enjoy the excitement all over again.