When I was working on the Jersey Shore last year, I asked some of the local folks where a good place to eat might be when I took the train into “the city” (Manhattan) and without fail they all suggested Shake Shack. As it turned out, I never did go eat there on any of the multiple times that I visited the city. For some reason, it just never was convenient to my schedule or the parts of Manhattan I was visiting.

So, when I saw that Shake Shack was opening a location in Winter Park I was hopeful that at some point I might have the opportunity to try it out before we head back to Wolf’s Haven in mid-August, or at least when we return to the Orlando area in the future.

As it turned out, I was able to enjoy a meal there during the grand opening on Thursday when Cindy’s parents treated us to lunch. 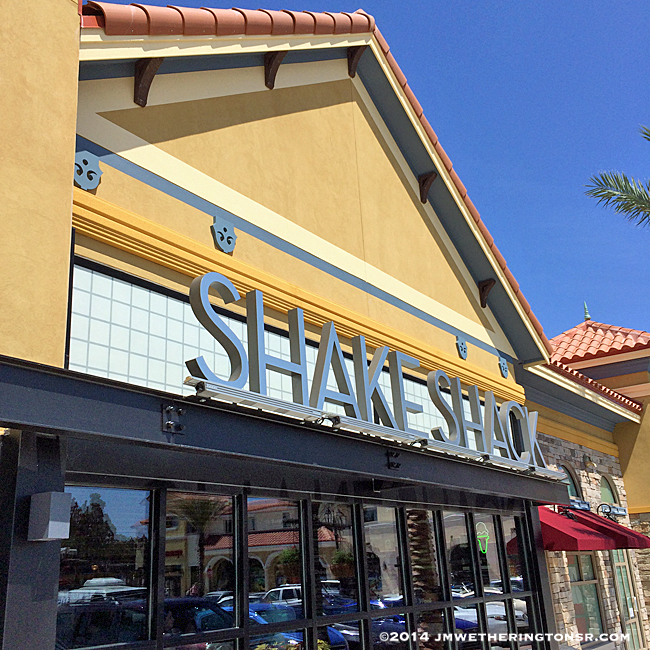 We arrived a few minutes before the scheduled 11am opening to find a long line of folks out the door and news trucks from three local TV stations covering the opening, so we decided to walk over to the nearby Trader Joe’s. My mother-in-law had never been inside a Trader Joe’s and we thought we’d spend some time there and return to see if the crowds might have diminished at Shake Shack. 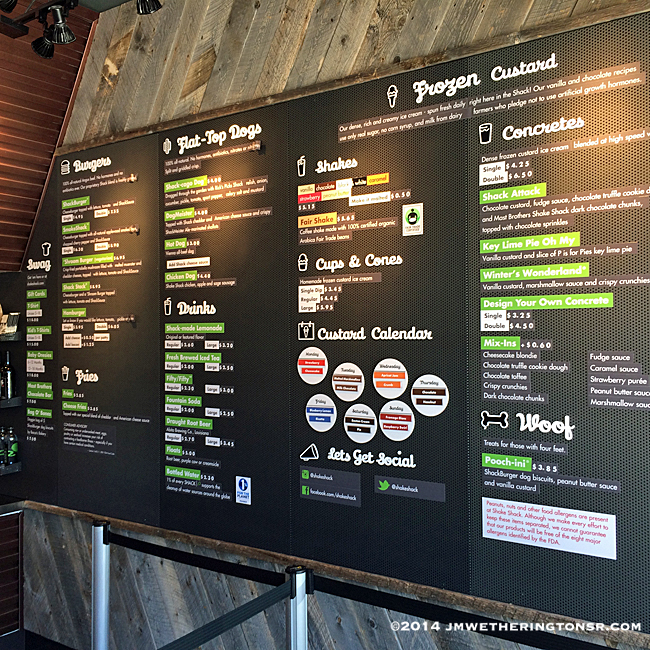 The menu board at Shake Shack in Winter Park, Florida.

The staff was super-friendly and attentive. When we had trouble locating an empty table, they were very helpful in pointing one out for us. 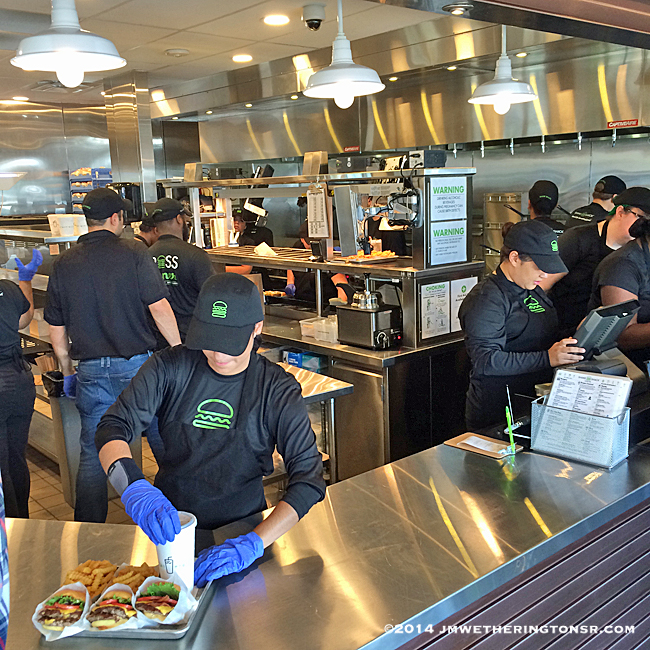 The workers were really hustling on opening day at the new Winter Park Shake Shack.

We all had burgers of various types (they also offer hot dogs that are split in half and grilled), shakes, and Cindy and I shared an order of french fries with cheese. Everything was delicious! 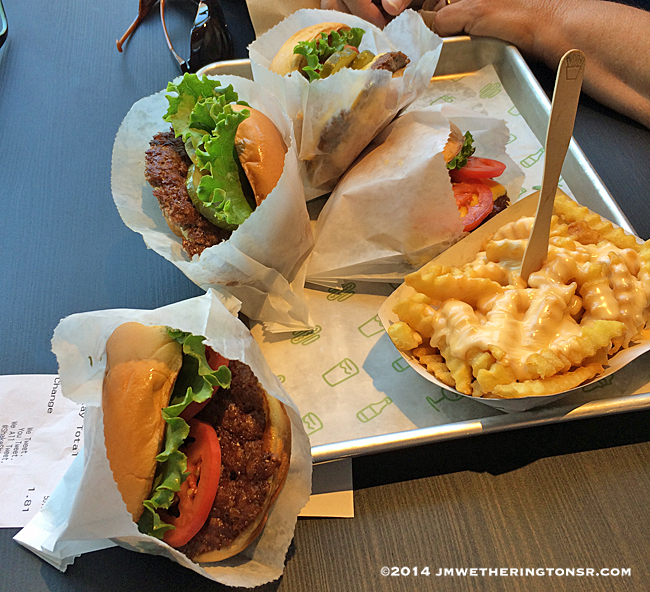 During our meal a young man in an apron approached our table and asked if everything was good with our meal. His name was Mark and we assured him it was fantastic and I asked him, just in passing, if they had Shake Shacks anywhere else besides Manhattan and Winter Park. It turned out that Mark was one of the corporate bigwigs for Shake Shack and he was delighted to tell us that they have 51 Shake Shacks open around the world, including one in London, four in Turkey, thirteen in the Middle East, and one in Russia with a second location about to open there as well. Those are in addition to the ten locations in the New York City area, one in New Jersey, three in Pennsylvania, four in Washington, D.C. and three in South Florida, and now this one in Central Florida with others planned for our area.

We also discussed the lack of parking in the plaza where both Trader Joe’s and Shake Shack are located. With only 150 parking spots it can be challenging to find an empty space. Mark assured us that they were looking into alternatives such as valet parking and off site parking for customers.

Shake Shack, which sits on the edge of Lake Killarney, also has a comfortable patio area for outdoor seating with a wonderful view of the beautiful lake. 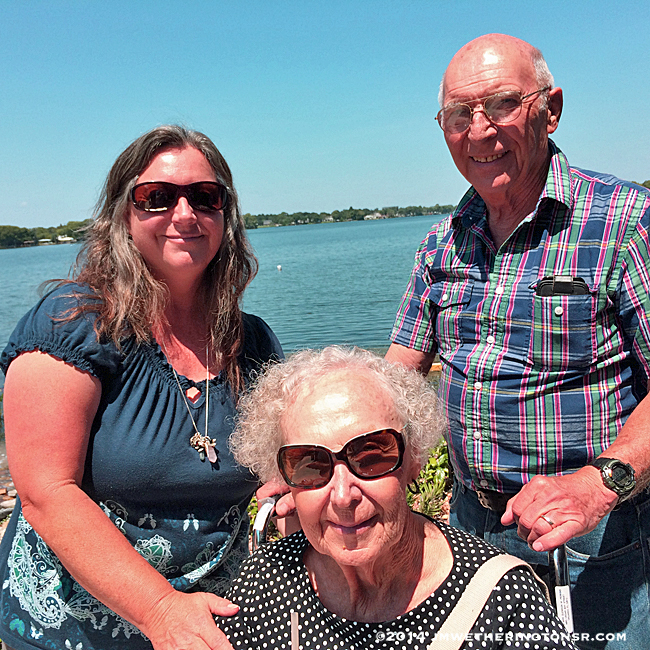 Cindy with her mom and dad on the patio of the Shake Shack with beautiful
Lake Killarney in the background.

Our friends over at CitySurfing Orlando have even more details about Shake Shack and the menu on their website.
Shake Shack in located at 119 N. Orange Avenue in Winter Park at Morse Boulevard and their hours are 11 AM to 10 PM Sunday through Thursday and 11 AM to 11 PM Friday and Saturday. If you haven’t tried Shake Shack yet, I strongly recommend you stop in and enjoy a meal.