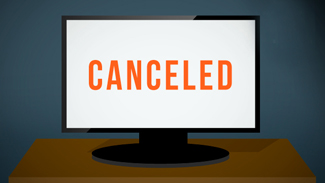 It’s that time of year. News is trickling out this week and will next week, I’m sure, about TV shows that have been canceled. Usually, if a show has made it through at least one season, then it has gained followers (though not enough or it wouldn’t get cancelled, right?) who will be disappointed, from mildly to extremely, at the loss of entertainment they enjoyed and a series with a storyline and characters in which they have invested time and emotional involvement.

This past week I had to inform Cindy of the sad news that one of her favorite new series, Forever, was not going to be renewed beyond its first season. I’ve had to do that several times in the past few years. She kept trying to draw me into watching Forever and I’m glad now that I didn’t. 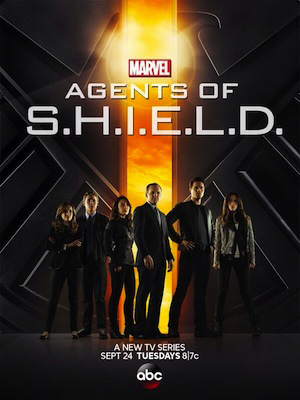 That’s because several years back I grew tired of experiencing that disappointment each year and decided that I would pretty much stop watching any new series until they had proven themselves or ended their runs and were regarded as successful. A couple of exceptions were shows like Marvel’s Agents of Shield and Agent Carter and that was because of the subject matter (comic book heroes) and the man behind them (Joss Whedon). The Daredevil series on Netflix as well, as it was a complete and wrapped up season that you knew was not an open-ended show. No cliffhanger season ending, but rather a satisfying story told in a way that it could stand on its own, though thankfully it has been renewed for a second season.

But even the comic book heroes subject matter is not always a big enough draw for me, as I have avoided Arrow, Gotham (really hate the idea of what is basically “batkids” since it chronicles the early career of Jim Gordon and, of necessity, the childhood of Bruce Wayne and seems to find it cute to introduce all his future villains in their childhood incarnations as well), Flash, etc. I doubt I’ll ever watch Gotham, but Arrow and Flash seem like they might be worth watching if they have successful runs and quality conclusions. 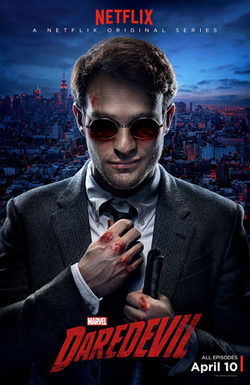 That “quality conclusions” requirement is an important one as well. Specifically, I’m referencing the declining quality and endings of Smallville and Lost. Both Smallville and Lost were TV series that I entered into a “viewing contract” with and which I enjoyed the initial seasons of very much. Smallville went downhill around the 4th or 5th season and Lost really became lost after the 2nd season. Both had tremendously crappy endings to them, especially Lost. I could do a whole separate post on Lost, but I’m always trying to forget how horribly that promising series was handled and how immensely disappointing and unsatisfying its ending was.

So that’s my take on series’ cancellations & why I don’t get into many new TV shows and my way of avoiding the disappointment of becoming interested in a TV series and then having to deal with declining quality or early cancellation. Do you do something similar, just watch and hope for the best, or just enjoy the entertainment and not worry about the rest of it? Let me know in the comments below.

2 thoughts on “ : Series’ Cancellations & Why I Don’t Get Into Many New TV Shows”