I’ve been reading some of the old comics I read as a kid (a sure sign I’m getting old and reaching the end of my years) and it has been fun to re-live the enjoyment I experienced as a 6 to 17 year old.

And it’s not just the stories and artwork within the comics, but also the ads for things like making money selling Grit Newspapers, 200 plastic Army Soldiers, How to Hypnotize People and, of course, X-Ray Specs. I remember a long, spirited debate among my male peers as to:

which none of us ever did, lol.

But when I came across the ad below for Aurora superhero model sets it reminded me that I used to build quite a few models when I was a kid of 9 to 11, usually cars and airplanes, but I also built this Batman model along with the Superman and Superboy models shown. I did not build the Wonder Woman model because, well, you know, in my young mind those were for girls, lol. 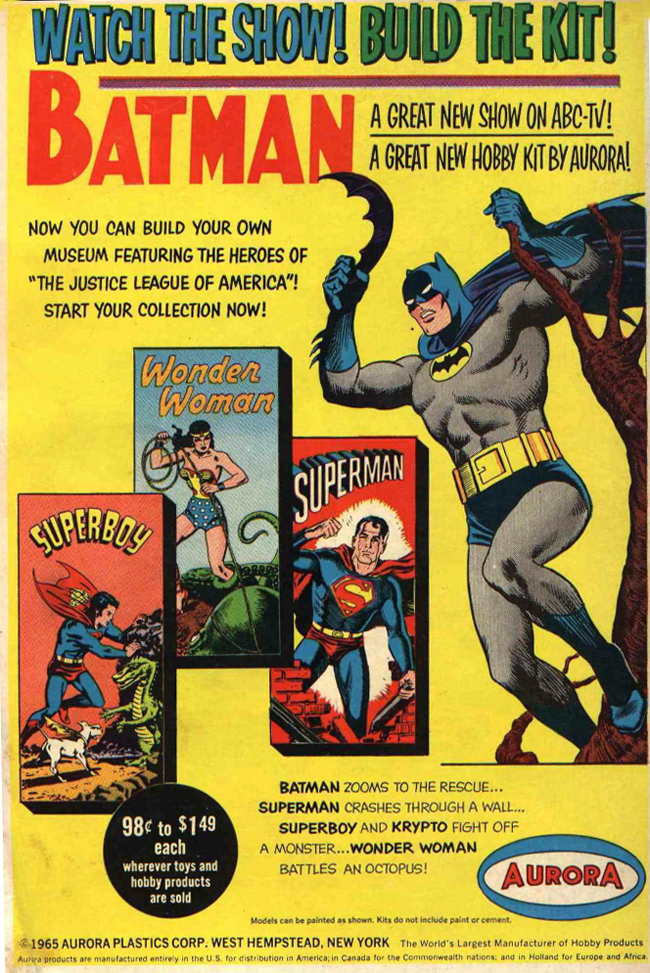 Many thanks to my mom and dad who, even though we were a middle class income family, always found a way to buy me things like books, comic books, science kits, art courses and models…really anything they thought would contribute to my knowledge, entertainment and acquisition of different skills that I might use in later life. You never really appreciate those acts until you grow up.