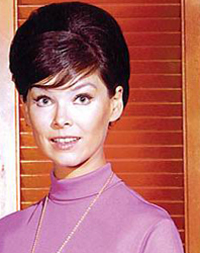 I awoke to the sad news this morning that Yvonne Craig had passed away Monday evening at the age of 78 from metastatic breast cancer that had spread to her liver.

The first time I saw Ms. Craig was in 1967 when she joined the Batman TV show’s third and final season as Batgirl/Barbara Gordon. The character of Batgirl was actually created in the comics as a result of the TV show’s producers wanting to add a female superhero to the show’s cast. I was 12 going on 13 and probably occupied the perfect demographic of teen boys (and maybe some dads, lol) that the show was trying to attract with the addition. Plus, it didn’t hurt that I was a huge comic book fan, and had been for years. 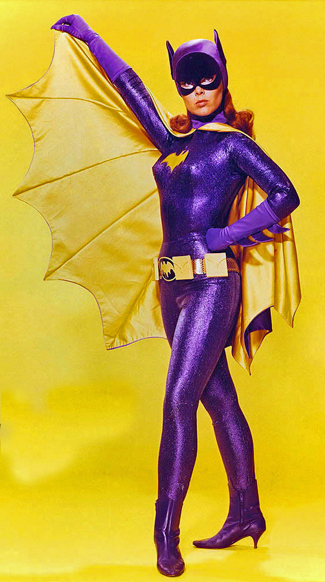 I have no idea if any other actresses were auditioned for the role, though I feel sure there had to have been. But Yvonne Craig was perfect for the role. Her dance background gave her the coordination and flexibility to pull off the fight scenes in a believable fashion, and she was beautiful, kind, caring and intelligent. Probably without realizing it, the producers and comic book writers had created an empowered female character, instead of another sidekick.

Ms. Craig only played Batgirl for the final season of Batman, though there was talk of her continuing the character in a Batgirl TV show. Sadly, that never came to be. But she took that one season and made the Batgirl character all her own.

The next time I saw her was a year after the final season of Batman when she showed up on another favorite TV series of mine, Star Trek. In the final season of that show, she played Marta, the green-skinned Orion slave girl who tried to seduce and then kill Captain Kirk. Even under the heavy make-up (which the beautiful Ms. Craig never needed) and green skin paint, I recognized the former Batgirl. 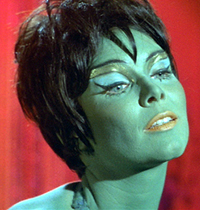 Mark Evanier, who had the pleasure of meeting Yvonne Craig, has a touching and humorous blog post up today about spending time with her.