Before the car crash last Sunday, I was doing what I do in Vilonia, AR where an EF4 tornado the previous Sunday had destroyed much of the downtown area and was responsible for the deaths of 16 people in the region. 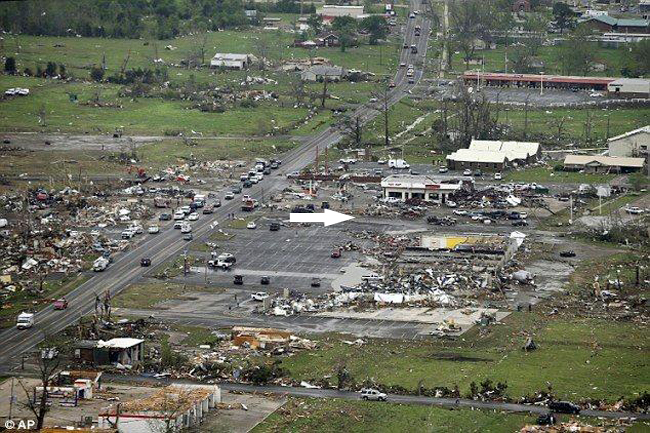 An aerial view of the devastation in Vilonia, AR. The white arrow indicates where the FEMA MRIC was parked and where the press conference took place. 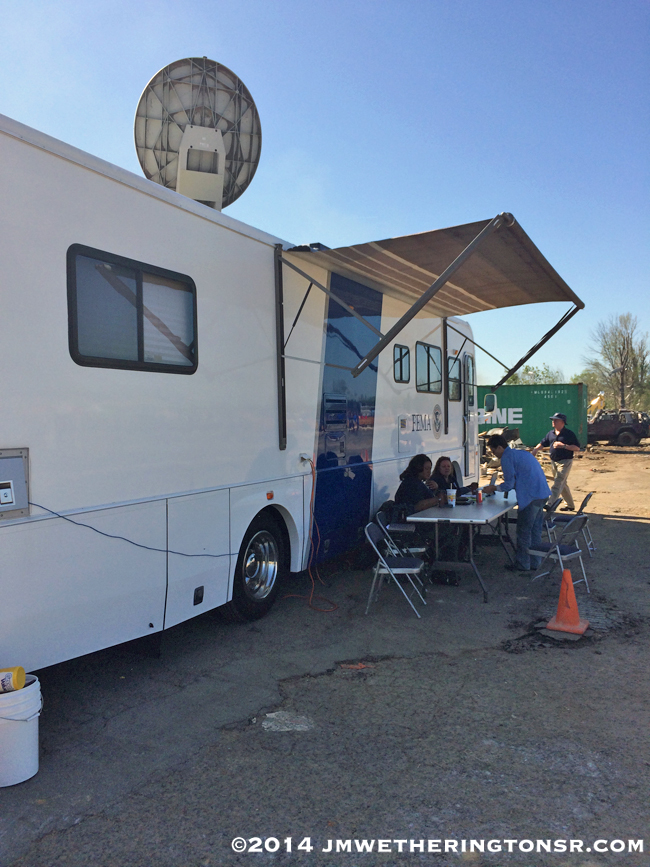 Here are some other photos: 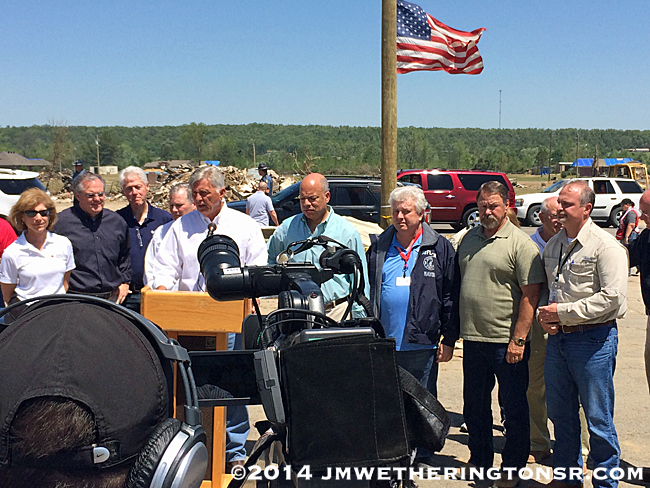 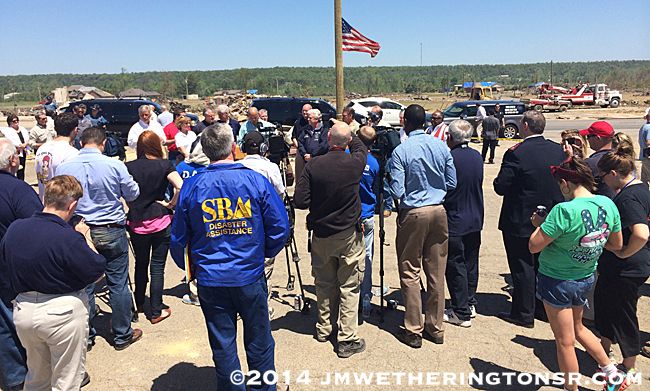 Some of the crowd gathered for the press conference. 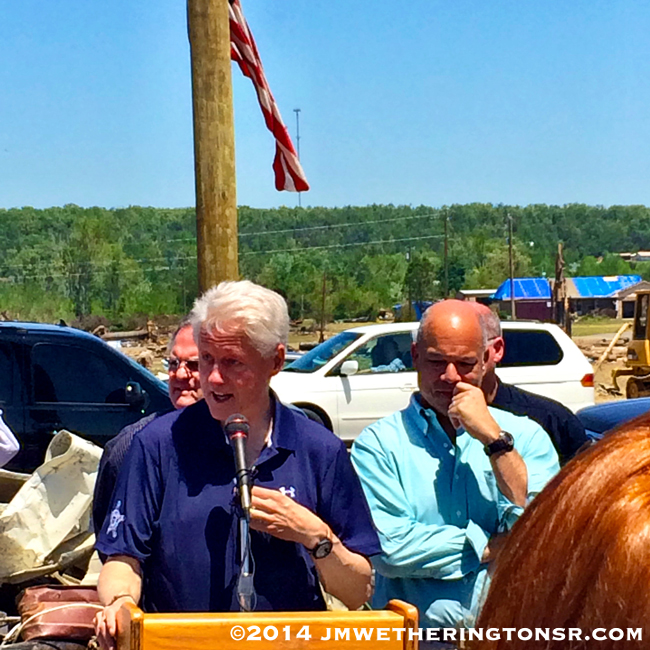 Former President Clinton speaking to reporters. Afterward he would graciously pose for photos with townspeople who were affected by the tornado.