If you missed it, you can read about the first part of day one at the North Texas Comic Book Show right here.

After getting my main mission accomplished, I was able to relax a bit and enjoy the show.

First up was Jim Shooter’s one-man-panel on storytelling. When Jim Shooter was 14 years old he began selling comic book stories to an editor at DC comics, who had no idea at first that the writer sending him these great stories was barely a teenager. When I was 9 years old, I was reading Superman, Superboy, and Legion of Super-Heroes comic book stories written by Shooter, who was 5 years older than me, and loving them! Of course, I didn’t know that at the time.

Here’s a couple of photos of Jim Shooter expounding on aspects of storytelling. 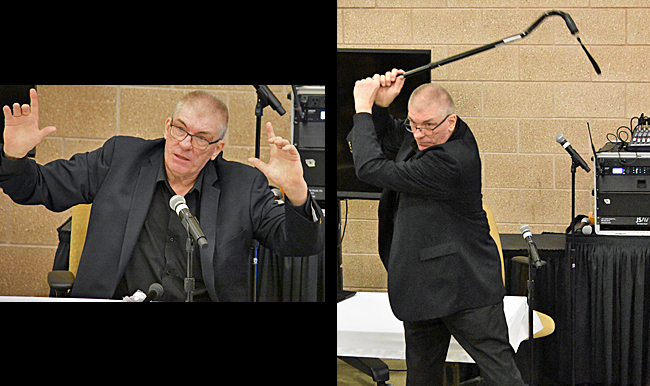 Afterward, I just meandered around visiting the various seller’s booths remembering when I paid 12 cents for a comic book that now sold for $2,400 and walked down “Artists Alley” admiring some of the comic book drawings.

Next up was the staple of every self-respecting comic book convention – the costume contest. They had one for kids and one for adults who were still kids. I’ve never competed in one, but I could see myself having fun doing that, so don’t take that previous sentence as a snarky poke at those adults who were letting their inner child out to play.

Here are some photos of some of the contestants. 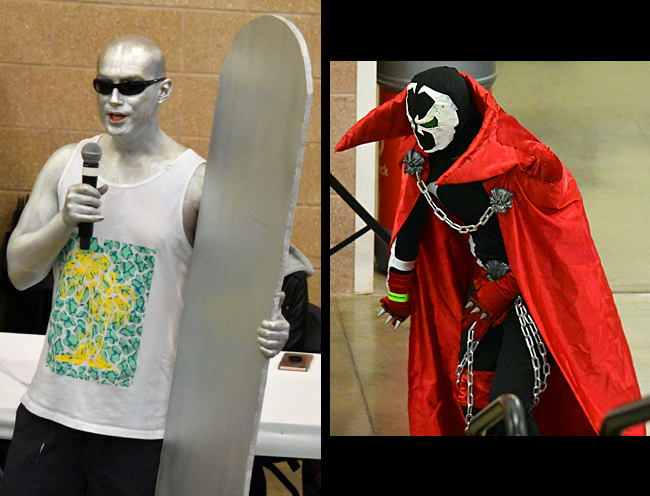 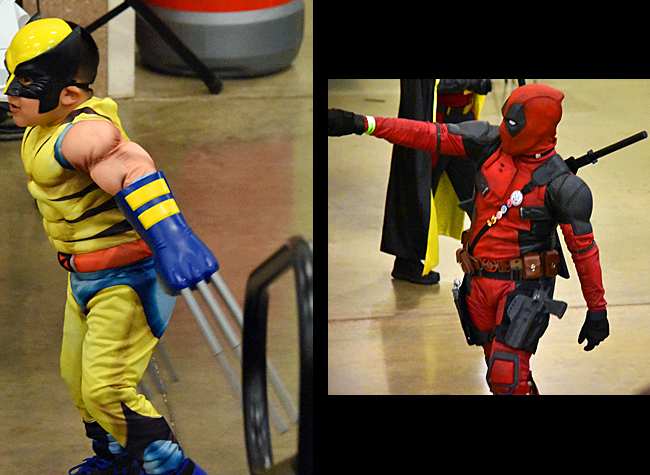 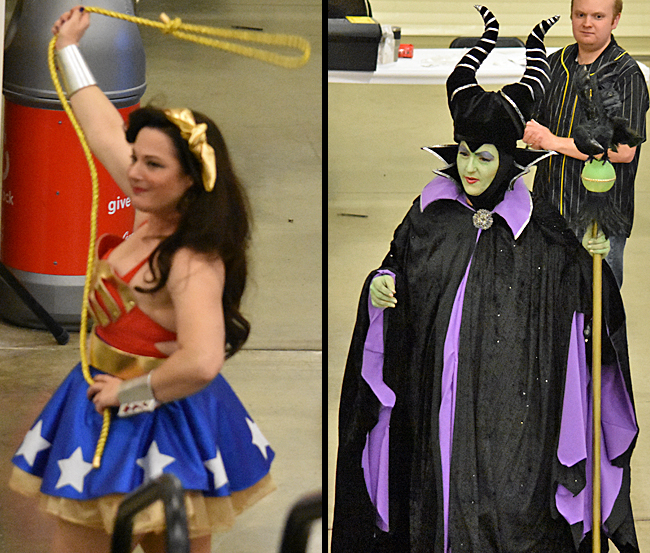 Can you name all of them in the comments?

Then it was on to the final panel of the day; the Secret Wars reunion panel composed of writer/editor Jim Shooter, penciller Mike Zeck, and inker John Beatty. This was one of my favorite parts of the convention and these three gentlemen spent about 90 minutes telling us how the comic book came about, why they made some of the changes to established characters that they did, how hard the project was, how fun the project was, and sharing little-known behind-the-scenes stories while answering audience questions.

Here’s a photo of, from left to right, John Beatty, Mike Zeck, and Jim Shooter during the panel.

By the time this panel was over, I was too. It was time to make my way to my nearby hotel, get something to eat and crash for the night so I could be fresh for the next day at the North Texas Comic Book Show.