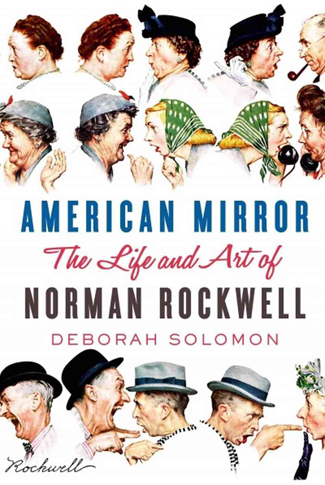 I was reading Garrison Keillor’s review of ‘American Mirror: The Life and Art of Norman Rockwell,’ by Deborah Solomon in today’s New York Times Book Review section and quite enjoying it until Mr. Keillor pointed out that Ms. Solomon felt that some of Mr. Rockwell’s paintings contain hints of homoeroticism.

Now, I really don’t care whether Mr. Rockwell was gay (openly or closeted) or not. I’ve loved his work since I first observed it when I was 12 or 13 without knowing anything about the man himself until I was in my late teens. And I get that Ms. Solomon is a recognized art critic and that she has written biographies of Joseph Cornell and Jackson Pollock, so her opinion about the content of Rockwell’s paintings is not that of a casual, uneducated observer.

In speaking to the Times about the controversy her book has caused she said, “…I do feel entitled as an art critic and an art historian to analyze works of art. And I do think a case can be made that some of Rockwell’s paintings display homoerotic tendencies. He specialized in affectionate portrayals of the male figure and lamented many times that he could never paint a sexy woman. And nowhere in the book do I say that he is gay.’” 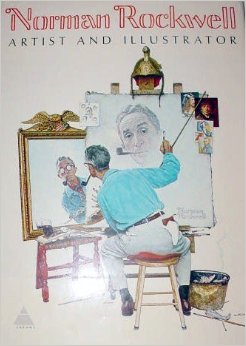 But this casual, uneducated observer has never interpreted the paintings she cites as containing even a small hint of a repressed gay man giving form to his feelings of attraction for other males.  Not in all my years of admiring his work and not even now looking back at them through the prism Ms. Solomon holds up to his work. Maybe I just don’t see it…or maybe it’s just not there. Oh, and I should add that I spent a great deal of my early life drawing and dabbling in painting and for the life of me I could never draw or paint a sexy woman either.

Is that shortcoming REALLY the deciding factor in whether someone is gay?

Mr Rockwell’s family denies that he was gay and in an interview with The New York Times one family member is quoted; “The bottom line is that’s it’s astonishing,’ said Abigail Rockwell, a granddaughter of the painter, who said he was heterosexual and ‘not remotely a repressed man.’ “She layers the whole biography with these innuendos,’ Ms. Rockwell added. ‘These things she’s writing about Norman Rockwell are simply not true.”

It’s a shame that this conjecture is made by Ms. Solomon because aside from it her book is considered by most to be the first good look at the artist and his art, exploring both his life and the growth and style of his work. 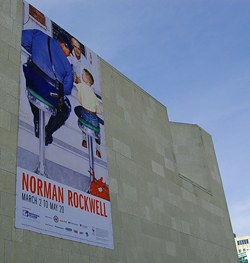 In the end, I really can’t see what Ms. Solomon says she sees but in the end, I also don’t see where it matters at all in relation to his work if what she sees really is there. I’ve been a fan of his art for almost 50 years. When I was working in North Dakota in March of 2012, I took a day trip to Winnipeg just because they were hosting a massive exhibit of Rockwell’s work that was on loan from the Norman Rockwell Museum in Massachusetts. It was one of the best and most uplifting exhibits I have ever seen, though that’s not really surprising since his work has always told a story of aspiring and achieving.

It’s been said that art, like beauty, is in the eye of the beholder. Ms. Solomon and I just happen to behold differently.