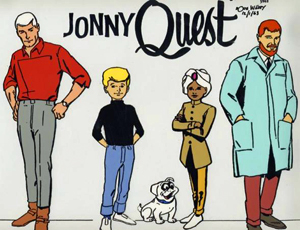 Over at Mental Floss, they have a post up about “50 Things That Turn 50 in 2014” and there are some really cool things listed that are turning 50 this year. I turned 9 years old in 1964, so I remember most of these (obviously NOT things like who was born that year) and thought I would choose 10 things from Mental Floss’ list of 50 that are my favorites.

Honorable Mention – Hess Truck – My dad went to the Hess gas station and bought one of these for me…and then promptly began playing with the truck when he came home with it.

10 – The U.S. Civil Rights Act – I have no recollection of this landmark legislation being passed when I was 9, but I have come to appreciate its passage and enforcement though the intervening 50 years.

9 – The Underdog Show – As a 9 year old I was (and am to this day) a complete and total fan of Superman. A cartoon about what was basically a canine version of the Man of Steel (secret identity, girlfriend who needed saving, an arch nemesis who was a mad scientist, etc.) was a natural draw to me.

8 – Flipper – As a 9 year old living in south Florida and making trips every weekend to Key Largo with my parents to swim in the Atlantic Ocean and fish in the Gulf of Mexico, there was no doubt I’d watch a TV show about a dolphin who was almost a pet to a National Park Chief Warden and his two sons. It was almost like Lassie (another of my favorite TV shows) in the water. It helped that Flipper called the Miami Seaquarium, which we visited several times, home when he/she/it wasn’t filming the TV series.

7 – The Ford Mustang – I remember the TV and newspaper ads for the debut of the Ford Mustang when I was 9 years old. At the time I didn’t know that 8 years later I would have my own 1967 Mustang to drive around.

6 – Jonny Quest – For 9 year old me, watching an animated show about an 11 year old boy who travels the world with his scientist father, his bodyguard Race Bannon, his Calcutta-born 11 year old friend Hadji and his dog Bandit having fantastic adventures that involved science fiction, the supernatural and monsters. It was wish fulfilment, all the way.

5 – Smoking May Be Harmful – I don’t remember this report, but I do remember when, 2 years later in 1966, the United States was the first nation in the world to require the “Caution: Cigarette Smoking May be Hazardous to Your Health” warning on packs of cigarettes. It was important to me because both my parents smoked at the time and I didn’t want them to have health hazards from it.

4 – Moon Photos – Even at the young age of 9 I was already a true fan of science and science fiction and harbored hopes of becoming an astronaut, so real photos of the moon definitely had my attention. And it was only 5 years later, in fulfilment of our late President John F. Kennedy’s urging that “…this nation should commit itself to achieving the goal, before this decade is out, of landing a man on the moon and returning him safely to the earth.” that the first human stepped foot onto that lunar surface we had previously only observed through telescopes and camera lenses.

3 – The British Invasion – I already wrote about this.

2 – Jeopardy – Always one of my favorite “smart” game shows when I was growing up. Some of my favorite memories though are watching it with my own daughter as we tried to guess the question first in friendly competition.

1 – Daredevil/Comics Conventions – These two tie for Number One. As a 9 year old (and a 19, 29 and 39 year old) I was a huge fan of comics in general and comic book conventions. Rising prices, mega-crossovers and crappy art/crappy writing drove me away, but I still have a love for comics of the 60’s, 70’s and early 80’s.

If you’re old enough, what were your favorites from the list of 50?