Note: I originally wrote this as a single post, but it turned out to be much too long for a single reading, so I divided it up into 4 parts; 1 for each artist. Part 1 contains my intro to the article and features Jack Kirby. Part 2 features John Byrne. Part 3 features John Romita, Sr. 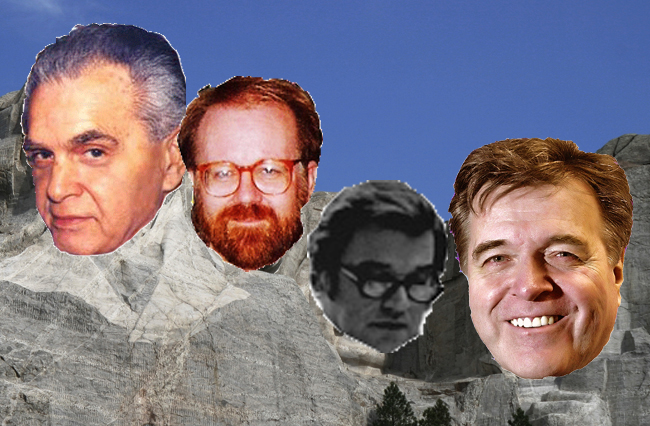 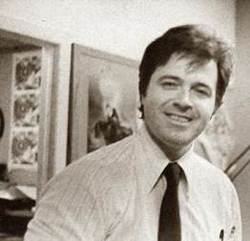 Neal Adams – I don’t know of another comic book artist who made more of a splash when he entered the industry than Neal Adams. Technically, most comic book artists of that era would be called cartoonists. That’s how many of them referred to themselves and it’s how a lot of “artists” in other fields referred to them. I picked up a book one time entitled “How To Be a Cartoonist” and part of the book dealt with comic book artwork, specifically superheroes. If I think “cartoonist” I’m thinking Mighty Mouse, Casper The Friendly Ghost, and most of the comic strips in national syndication, so using that term for comic book artists was always confusing to me. But that’s the way it was.

Neal Adams was by no means a cartoonist. Adams was, more accurately, an illustrator. And as an illustrator his realistic art in a comic book was like a bomb had been dropped in the industry.

Adams had done artwork previously for Warren Comics which published titles like Creepy and Eerie, but I never saw those books because they were magazine format books, not comic format books, and I don’t believe the Rexall Drug store or 7-11 convenience store even carried them because of the nature of the stories. I would not discover them until years later when I visited a real newsstand and magazine store near my high school. 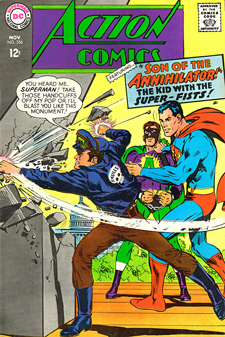 The first time I saw Adam’s work in a comic book (or more accurately, “on” a comic book) was the cover of Action Comics 356, which was his first work for a mainstream comic book company, DC Comics. Honestly, I don’t recall being overly excited about the cover. You can see the seeds of what will become the “Adams style” in that cover, but there’s really not much that stands out.

All the comic book databases I checked out list Adams as the cover artist, with no separate inker mentioned, so that probably means Adams inked his own pencils. My feeling, especially about Adams’ inking of his own pencils in his early career, was that they were sometimes hit or miss in their effectiveness. I think this first cover was one of the misses. 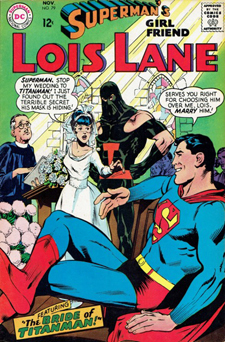 That same month, Adams would do the cover for another title I collected, Superman’s Girl Friend, Lois Lane 79 and here the image is pure Adams. The casual slouch of Superman, the massive physique of Titanman, the diminutive figure of Lois and the even smaller figure of the reverend, combined with the absolutely atmospheric effect of sun rays streaming from the top right corner all combine to make you feel like you’re sitting on the church pew next to Superman watching this scene unfold. I think the biggest change for fans of Superman is that he no longer looks like a mass of muscle shapes, but actually looks like he has the realistic muscular physique of a real man. In fact, all of Adams’ figures would look much more realistic than fans were ever used to seeing when they read a comic book.

Adams got his first complete story assignment as penciller for The Elongated Man back up series in Detective Comics 369, which was also the flagship title for Batman, a  hint of things to come. You can see how Adams employs his photorealistic style and his habit of using different angles and points of view to bring an unusual amount of action and perspective to his art. He then went on to draw several issues of Deadman (which became a breakout fan favorite and resulted in Adams being inducted into the Alley Award Hall of Fame), as well as stories and covers for The Spectre and Teen Titans.

Then Adams did something that was almost unheard of at the time; while still doing freelance work for DC Comics, he also began doing freelance work for Marvel Comics as he became the artist on the X-Men title under his own name. Other artists had worked for both companies at the same time, but never under their own names. They always used a pseudonym when working for the other company. Neal Adams set a precedent by doing freelance work for multiple companies at the same time under his own name. He was teamed with inker Tom Palmer and the two went on to win many awards for their work together. Adams would go on to do work on The Avengers and would contribute to two of Marvel’s horror anthology titles; Tower of Shadows and Chamber of Darkness. 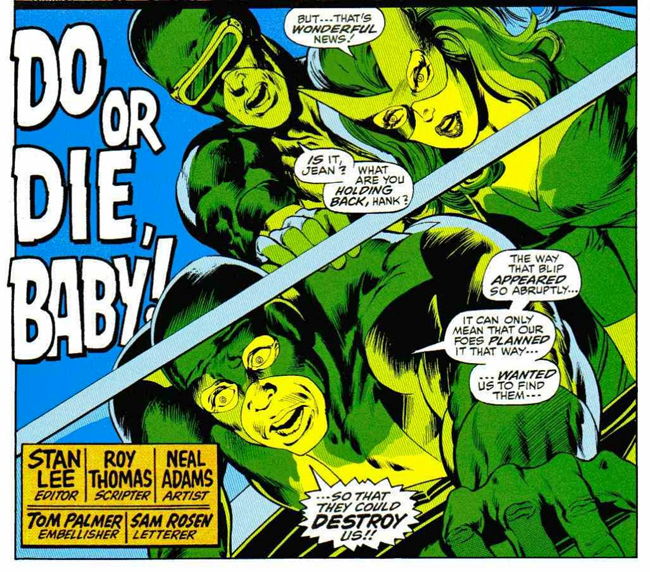 In the early 1970’s, Adams and writer Dennis O’Neil would team up to revitalize and rejuvenate the character of Batman for DC Comics. Gone were the campy, cartoony style stories of the 60’s and the popular TV series. Batman became The Batman, a serious, brooding character who solved cases as the greatest detective on earth. No more goofiness, no more silliness. The Batman returned to his roots, as did his villains. The Joker was no longer a joke, he was a raving homicidal maniac who would not hesitate to murder his victims. And The Batman gained new, more appropriate villains, such as Ra’s al Ghul. 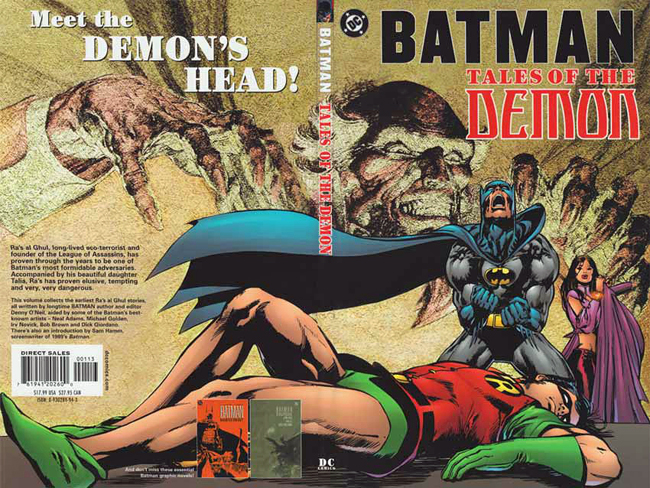 At the same time, Adams and O’Neil were also revamping two other DC character; Green Lantern and Green Arrow, by combining them in their own book and sending them across the country in what were described by some as “relevance stories” in which they would engage the common causes of the time such as pollution, racism, drug addiction, religion, and overpopulation. 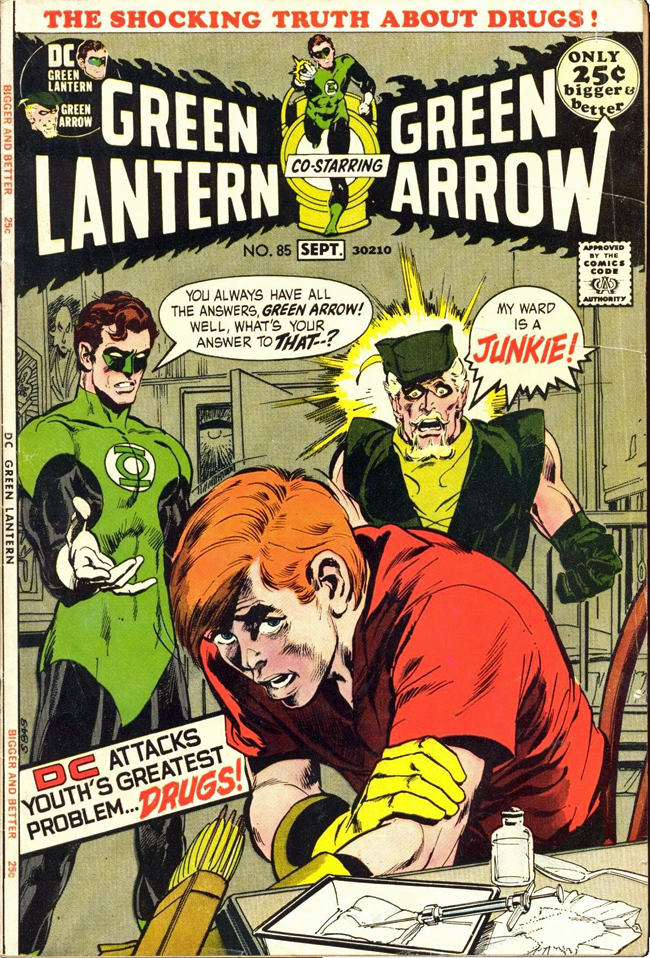 Adams continued doing work for both comic book companies throughout the 1970’s on such titles as Brave and Bold, Superman, Justice League of America, House of Mystery, Action Comics, and Avengers.

In 1978, Adams wrote and drew his last complete story for DC Comics when he created the oversized format Superman vs Muhammad Ali; a book he has often declared to be one of his favorite works. The wrap-around cover of celebrity appearances alone was so meticulous and detailed that they had to put a “map” inside showing who each celebrity was and where. The story was an interesting and plausible (for comic books) one and contained some of the best illustrations and artwork that Adams had ever produced. 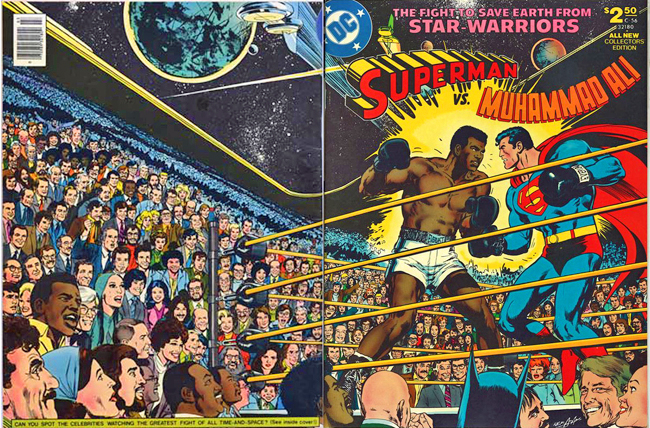 Shortly after that, Adams formed Continuity Associates, an art and illustration studio, with fellow illustrator Dick Giordano. Adams continued to provide occasional covers and posters for comic books through the years, as well as publishing his own line of comic books, Continuity Comics, with such titles as Ms. Mystic, Bucky O’Hare, and Megalith, among others. 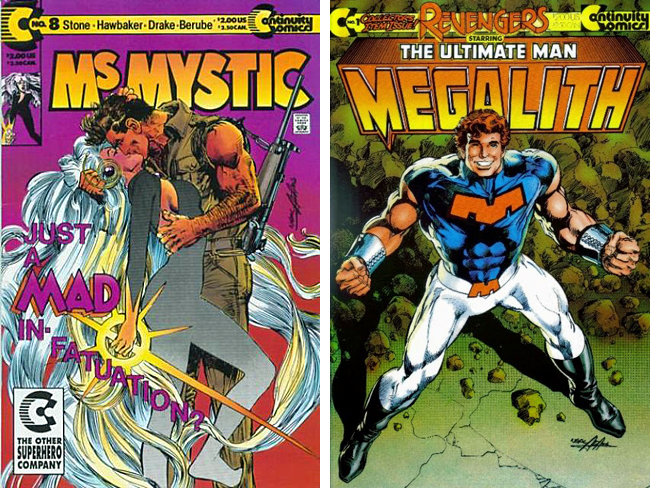 In recent  years, Adams has returned to do work for both DC Comics (Batman:Odyssey, Batman:Black and White, and Detective Comics) and Marvel Comics (The New Avengers and The First X-Men).

Bonus: best inker for Neal Adams’ pencils would be a toss-up between Tom Palmer and Dick Giordano, with a slight edge going to Palmer.

So there’s my fourth choice for my Mt. Rushmore of comic book artists. If you missed parts 1, 2 or 3, you can read them by clicking on the hyperlinks above for their respective numbers.

Do you have different feelings about who YOU would place on your Mt. Rushmore of comic book artists? Let me know in the comments!