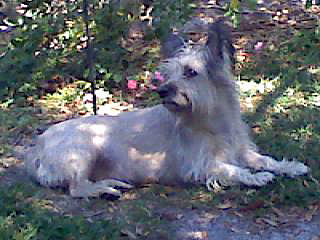 Cindy and I were sitting at the table eating dinner and talking about a show she might do in Tennessee. Out of the corner of my eye I saw Wolf get up from where he was lying on the floor near us, move even closer and lie down again. Your memory plays tricks with you sometimes when recalling these kind of events, but I swear he was not lying there more than a minute when, as Cindy and I were discussing the show and how being gone for more than a day would mean we would have to get a room at a hotel that allowed pets, I turned slightly to look at Wolf on the floor and said, “What do you think, Wolf, would you like to visit Tennessee?”

I expected his usual reaction upon hearing his name; he would lift his head, his ears pricked up and with a look in his eyes that said, “What? Did you say my name?” while his tail thumped against the floor, but this time he didn’t make a move. I turned completely toward him in my chair and looked down at him as Cindy said, “Wolfie?” and I could see that not only was he not reacting, he was not even breathing.

Even now, writing these words three years later, I can still feel the absolute despair that seemed to fill my entire being.

I dropped to the floor and gently lifted his head as I called his name several times, hoping that he would open his eyes and give me that snaggletooth grin he always had for Cindy or I, and felt, more than saw, Cindy on the floor next to me and heard her calling his name. Tears were already filling my eyes so quickly that they were splashing down my cheeks and falling onto Wolf as I moved around to the other side of him and turned him from his side to his back and began compressions on his chest, begging him to breathe, wishing his heart would start beating. I wanted so badly for him to start breathing, but he didn’t and now both Cindy and I were sobbing uncontrollably as the realization sank all the way in that he never would again.

We lovingly wrapped him in a blanket that he liked with some of his favorite toys, went outside in the rain and dug a grave in the dark for him near the cabin, then buried him with all the love and gentleness that we could, the raindrops and our tears mingling over his grave. The next few days were spent in absolute despondency. Neither Cindy nor I could eat or sleep or even bring ourselves to leave the cabin until three days later.

I think the hardest part was that there was no warning whatsoever. Wolf didn’t make a sound after he moved closer to us; no grunt, no sigh, nothing to indicate he was in any kind of distress. He was just gone and we had no chance to tell him one last time how much we loved him. The absolute worst part was that I could not save him. I failed to save him.

Our vet told us later that Wolf most likely had an aneurysm and would have felt no pain; I hope that is true.

We do our best to remember all the fun things we did with him through the years and the good memories we have of Wolf, but this seemed like a good date to remember how he left us that night. 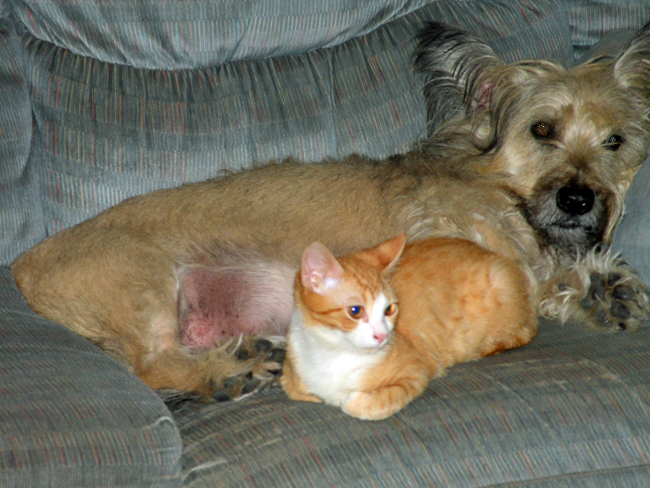 R.I.P. Wolf. You were a good companion and a member of our family that will never be forgotten.

One thought on “ : Mourning Wolf”