Mikey Spends The Night With Granddad

I picked Mikey up from his home at 5pm and we drove over to Hukoo’s Family Entertainment Center for a couple of hours of fun. We started with the bumper cars, played some air hockey, basketball and bowling. Then we had a blast playing laser tag, except that I have to remember next time that I am NOT a 12 year old, lol. We did some virtual racing and then donned protective eyewear and manned opposing pirate ships to shoot rubber balls at each other across the water. We finished up by hunting down a couple of cheeseburgers to polish off. Here’s some photos. 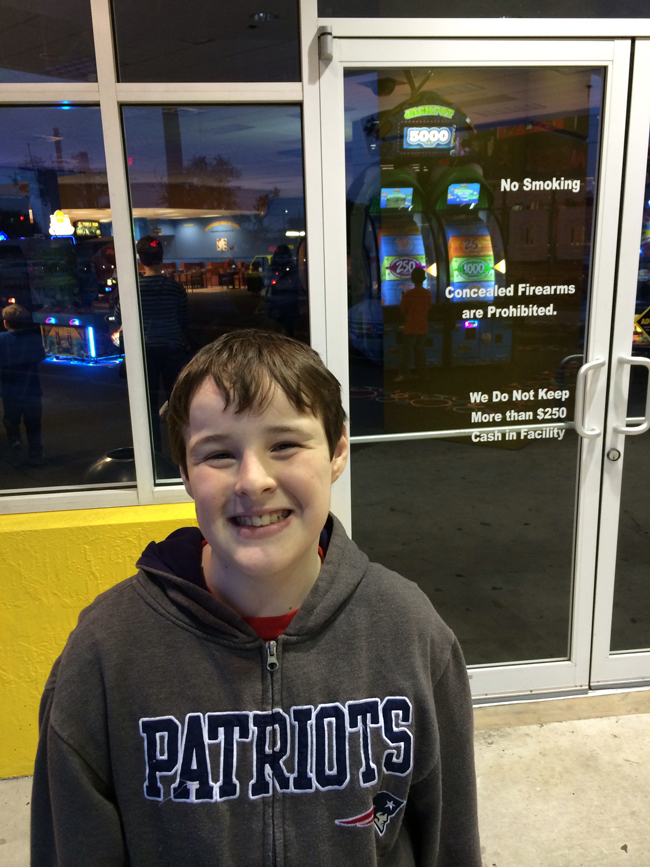 Mikey, about to enter the front doors of Hukoo’s. 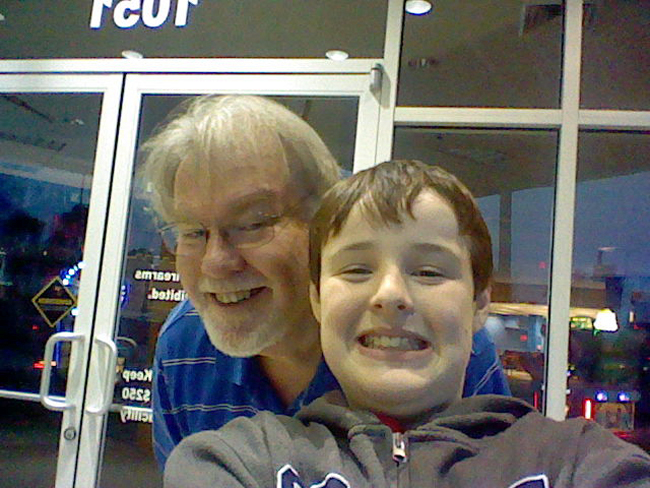 Mikey and I before going into Hukoo’s in a photo he took using his Nintendo 2DS game system. 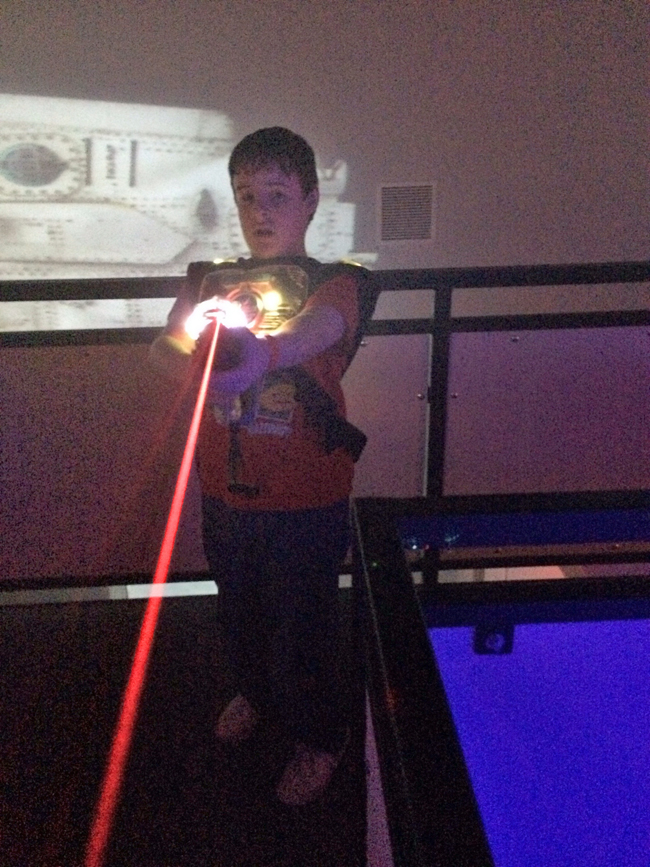 Mikey, firing a laser rifle at Granddad. We had a lot of fun playing laser tag, but I have to remember I’m too old to do a rolling somersault anymore. 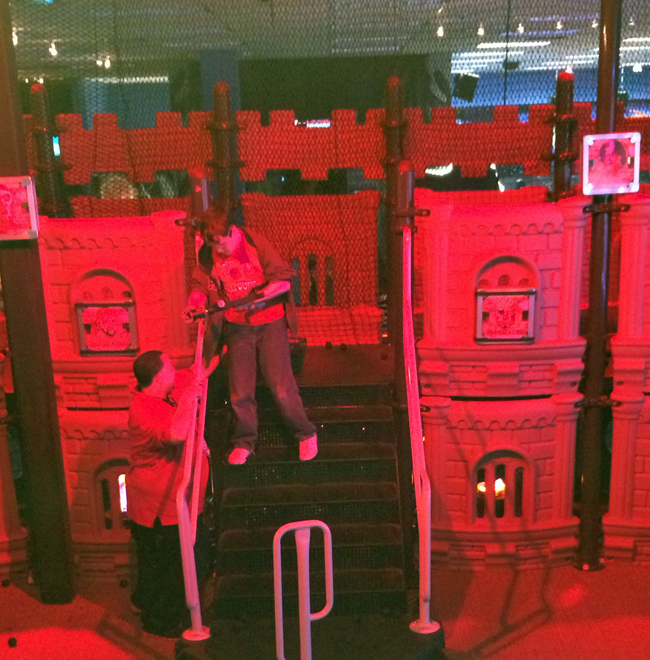 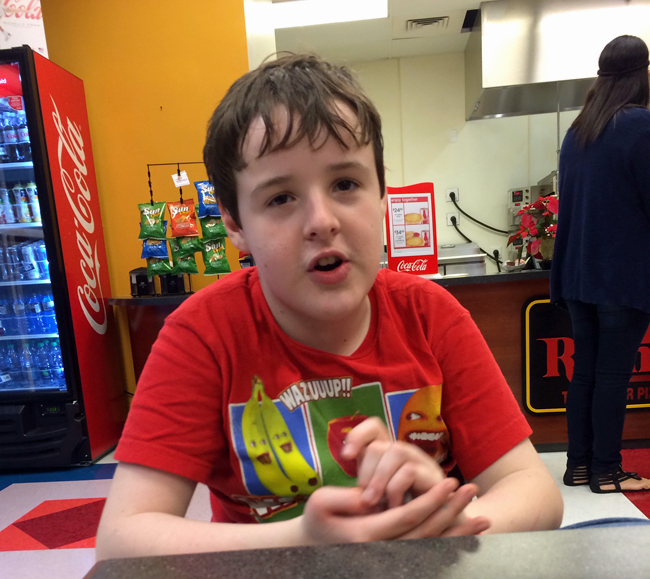 We’re waiting for our cheeseburgers to arrive and just talking. 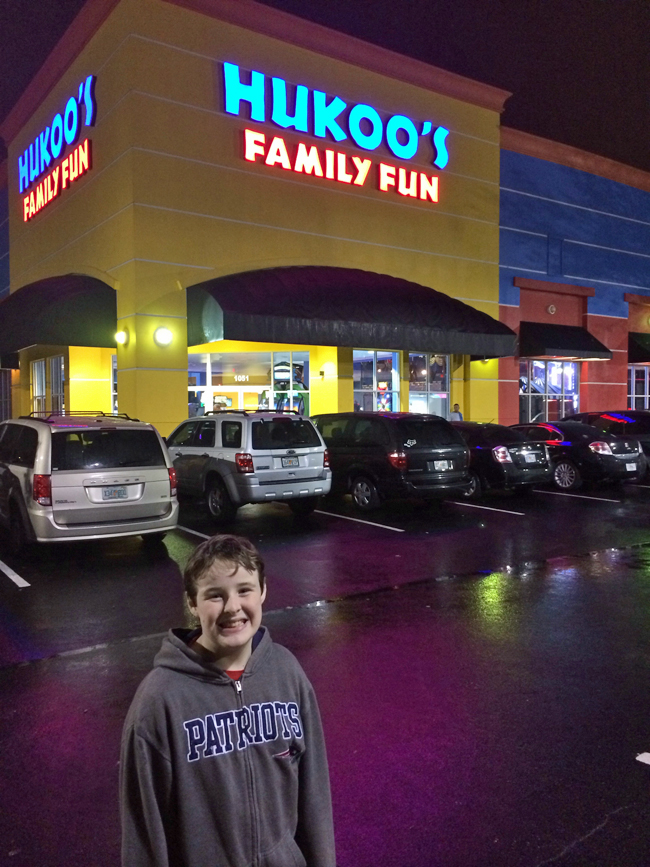 Mikey, outside Hukoo’s after a fun night. I think he looks like he had a good time.

We came back to the house and Mikey enjoyed a cup of hot chocolate and some Oreo’s before bedtime, and then we watched funny cat videos on YouTube and talked quietly until he fell asleep.

This morning we ate breakfast and then took Bella out to Barber Park for a run and while we were there we fed the ducks that hang out around the little pond. Here’s a couple of photos and a video. 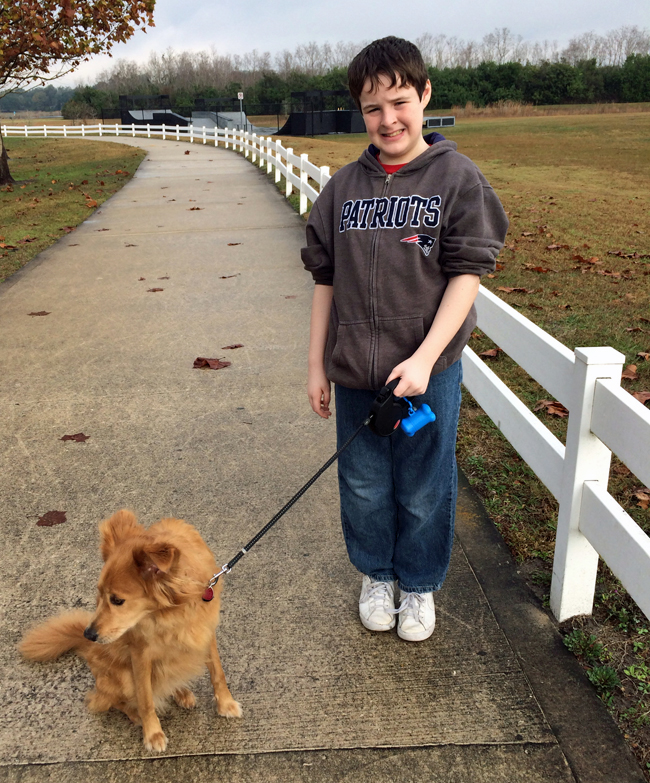 Mikey and Bella on the walkway to the dog park. 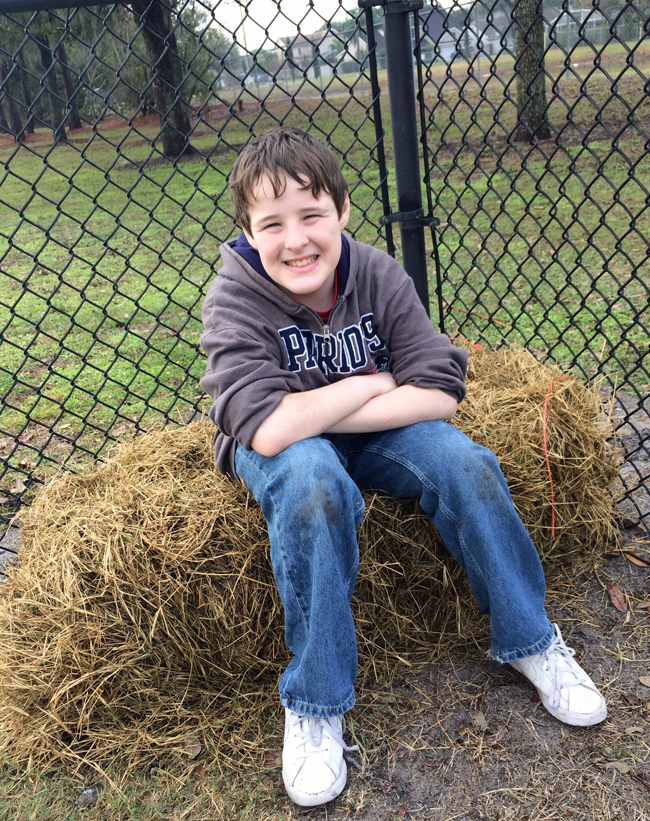 They spread out hay in the dog park to dry up the wet, muddy areas. Mikey’s sitting on a bale of hay they left in the corner of the park.

It’s hard to beat the joy of spending time with your grandkids. Mikey and I have been best buddies since his birth and it was great getting to spend a larger than usual chunk of time with him than I’ve been able to over past the couple of years.