Could You Live Without Wi-Fi?

Friday , 16, January 2015 J.M. Wetherington Sr. Technology Comments Off on Could You Live Without Wi-Fi? 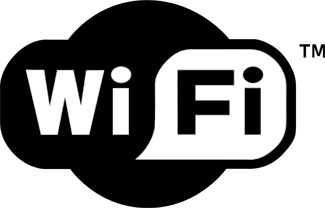 The presence of wi-fi and what it makes available to our electronic devices, and thus to us, is pretty ubiquitous. If you have it in your home you take it for granted and when you are out and about you generally assume that you will find a free wi-fi signal somewhere (ignoring the security concerns) that you can use to stay connected. When I bought iPads for my wife and I a couple of years ago, I specifically chose the wi-fi only models because I knew that we would almost always be able to locate a wi-fi signal, if needed, thus saving us money on the data connection model and an ongoing data connection plan like we have on our iPhones. And for the most part, that has been the case.

But the few times we have been without access to wi-fi has been frustrating. Enough so that contemplating a time or place where there would be no wi-fi is disturbing and unpleasant.

So when I read about a town where there is not only a complete absence of wi-fi, the ability to make a cell phone call, use Bluetooth-enabled devices or even send text messages, well I started to break out in a cold sweat.

Not really, but it does make you think.

That town is Green Bank, West Virginia, about four hours from Washington, D.C. in the Allegheny Mountains and, …”is part of a federally mandated zone where a government high-tech facility’s needs come first.” That’s because in 1958 a 13,000 square mile area that encompasses Green Bank was declared to be, by law, the National Radio Quiet Zone due to the operation of a huge government-run radio telescope. The strictest rules are in the 10 square mile area of Green Bank where the population of 143 is prohibited by state law from using cell phones or wi-fi. Landline phones and wired Internet access are the only type permitted.

Which makes it a perfect place for people with a sensitivity to such electronic and radio waves, known as “electrosensitives”, to come and live. And THAT has caused some problems for the residents who already live there.

I hope you’ll read the article; it has some eye-opening information. Personally, I have always thought that “electrosensitives” probably had a valid affliction, since our brains and nervous systems rely on the body’s electrical impulses to function properly. But that’s just me and I’m not smart enough to know if it truly is a debilitating condition.

But I am smart enough to know I’d rather not live somewhere without wi-fi!