Last Monday night Cindy and I joined approximately 2,000 other folks at the Alfond Sports Center on the campus of Rollins College to hear celebrated director and producer of documentary films Ken Burns speak on the subject of our National Parks. 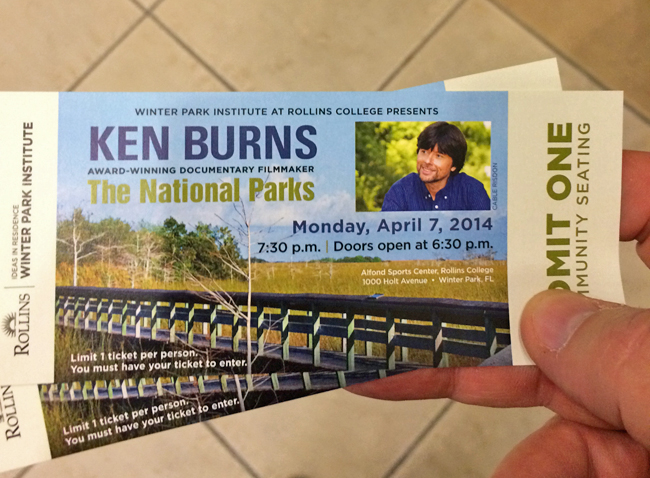 As lovers and supporters of National Parks, and having the distinct pleasure of living in our little log cabin right next to the edge of the Great Smoky Mountains National Park, Cindy and I were excited to hear the presentation.

We also had the unexpected pleasure of running into our friend Art, who saw us walk in and raced down from his seat to say “Hi” to us. Art built his own, and I mean built his own cabin by hand, not far from ours on the same mountain.

Burns spoke for approximately 90 minutes about his experiences over the years of traveling to and filming in the country’s 58 National Parks, regaling us with stories from his own youth and those of his children as they searched for the stories and history of the National Parks program. Having visited Glacier, Yellowstone and the Great Smoky Mountains National Parks myself, it was a real thrill to hear him mention some of the same magnificent sections of those parks that I had seen. 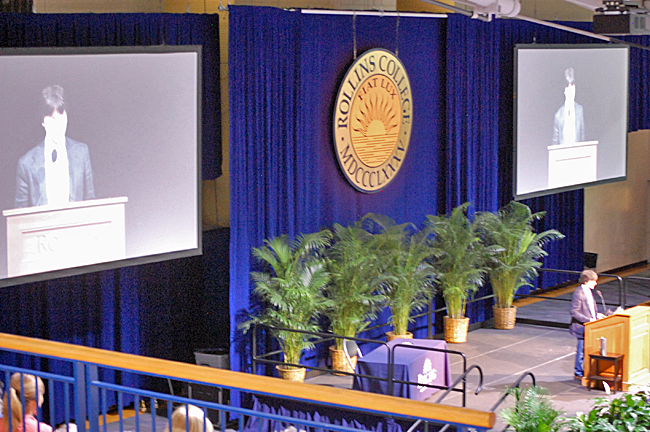 Afterward, he spent about 30 minutes answering questions from the audience and sharing further inside stories relating to his other documentaries. 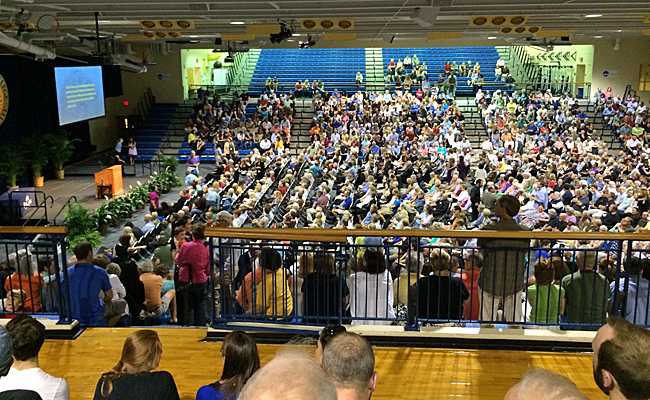 If you ever have the opportunity to hear Ken Burns speak, about any of his documentary subjects, I heartily recommend you do so. 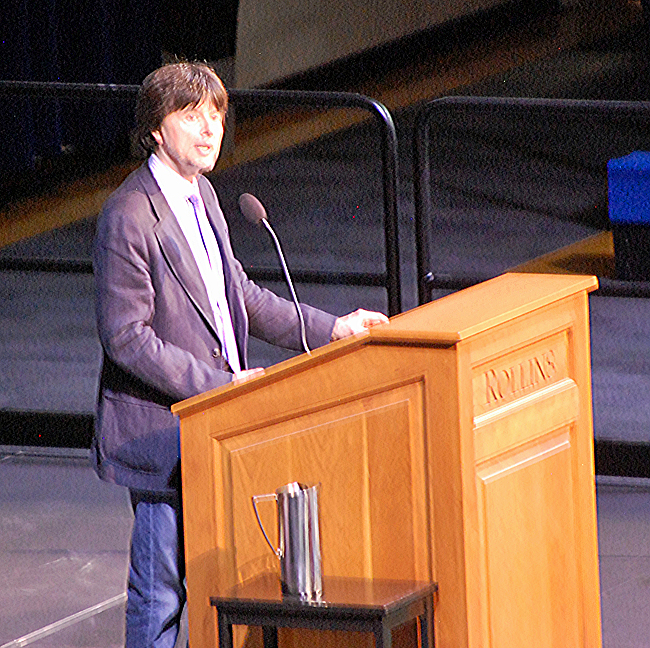