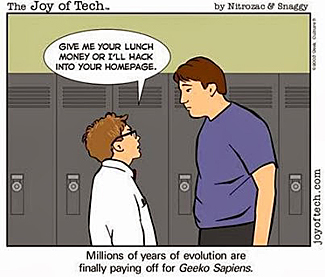 It’s almost 10pm, I’m watching/half watching “Oblivion” though I keep wondering why. Just to see what the hell has been going on and how it will end, I guess.

Cindy is spending the night with Amber and Abby tonight and Cindy’s parents are out watching Nicholas Nickleby out at the Orlando Shakespeare Theater so it’s just Bella, Annie, Fanny and I here at the house until about 11pm, but I’ll probably be in bed by the time they return home. I’ve had a slight stomach bug since this afternoon and am feeling pretty tired.

Tonight is our last night here for a little more than a week. We have relatives arriving from London tomorrow and they will be using the guest room here during their stay. Thanks to the wonder of hotel points, Cindy and I will be staying at a nearby hotel until next Thursday and then a couple of nights at a hotel on the beach for Valentine’s Day and so Cindy can watch the sunrise from our hotel bedroom, something she loves to do. We’ll return here next Saturday.

We’ve been working on it for the past 2 ½ weeks, but I finally got our income tax return finished and e-filed this morning. It was nice to have that off my plate for another year. But I’m behind on some of my photography work, some writing, website work and the two online courses I’m taking on jazz appreciation and principles of written english. That last course I may drop as it has turned out, so far, to be so basic as to almost be useless to me.

Have you seen that Amazon is considering raising the cost of Amazon Prime, which offers free two-day shipping as well as streaming movies and TV shows, from the current $79 per year to $99 or $119? A recent survey shows that approximately 65% of those polled would not be willing to pay $40 more per year while would not be averse to the $20 hike.

I like Amazon Prime. We’ve had it for a while and we do a lot of ordering from Amazon so the free shipping saves us quite a bit. We don’t use the streaming service much, mostly due to bandwidth limitations at the cabin and limited selection. I’m one of those who would retain the service for a $20 hike, but anything above that would most likely find me cancelling my Amazon Prime account.

OK, it’s 10:45 now. I finished the movie (blah), let the dogs out one last time (it’s a little chilly outside), and locked up the house. I’ll wrap this up and hit the sack; got another busy day tomorrow.