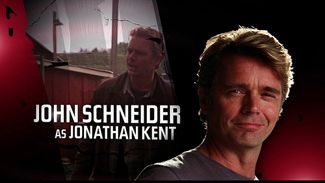 This post is inspired by something I saw online two weeks ago, which I’ll get to in a moment.

John Schneider is an actor, probably best known for his roles as Bo Duke in the late 1970’s to early 1980’s TV show, “The Dukes of Hazard” and as Jonathan Kent in the 2001 to 2011 TV show, “Smallville” as the father of Clark Kent, who would grow up to become Superman. Those are by no means the only productions he has to his credit. He has been a guest star or recurring star on scores of various TV shows, mini-series and made for TV movies, most recently “The Haves and The Have Nots” on the Oprah WInfrey Network (OWN).

I had the honor of meeting Mr. Schneider in person about 8 years ago, but that is something I’ll get to in a moment as well. I only mention it now to help you realize how what I saw online a couple of weeks ago affected me.

Because of my interest in photography, I follow of number of photographers online. One of them is Jeremy Cowart and this post about a photo shoot he was doing for “The Have and The Have Nots” show which included John Schneider from January 16th really touched a chord in my heart and my memory. I don’t want to put the entirety of Mr. Cowart’s post here and I think it’s important to read and see it all, so please click that link above, read the post and then come back. 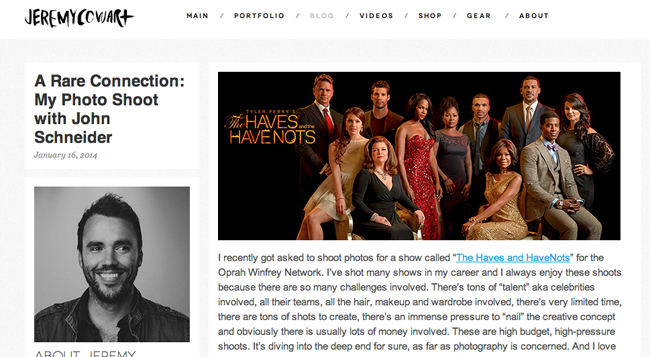 If you’ve read and seen the post, then perhaps you also feel the strings of your heart being pulled. The man is obviously a consummate professional, able to continue to do his job as needed for the photo shoot and only after it is completed asking the photographer to help him capture what he was feeling after hearing the news of his father’s passing. It speaks to the kind of man he is and reinforces my impression of the kind of man he is when I met him almost 8 years ago.

It was February 28, 2006 and I was attending that year’s MegaCon here in Orlando. John Schneider was one of the guests at this convention and, if I remember correctly, his character of Jonathan Kent on “Smallville” had just been killed off on the show. Whether or not my memory is correct on that point, Cindy really liked his character and the actor who brought it to life. Here is what I wrote for the “Man About Town” blog I was doing for Tribune Media Services:

When they announced that John Schneider was signing autographs, I walked over to that area intending to just take a few pictures of him, but I suddenly recalled that Cindy had mentioned that she liked him on “Smallville” so I called and asked her if she would like an autographed picture from him. After she finished hyperventilating she said she would like that very much, so I got in the relatively short line and waited. Most celebrities will sit behind a table to sign and will come out from behind the table if you want (or have paid) for a photo. John Schneider was standing in front of the table, shaking hands, hugging and bending over to sign his color photos. The guy is in great shape! He’s in his mid-40’s and is trim and muscular, with his hair a little darker than it was in the Jonathan Kent role, making him look much younger. I had my new digital voice recorder with me that I bought a couple of weeks ago for taking notes in Scotland, so while he was signing the photo for Cindy I asked him if it would be too much of an imposition to say something to Cindy as well. He assured me it was not and even admired my new toy before recording a nice message to Cindy which she loved when she heard it.

When I stepped up to get his autograph, Mr. Schneider treated me as if I were the only person in the convention hall. He wasn’t distracted, looking around like he was bored or dismissive as some whose autographs I have solicited have been. As I mentioned above, he even openly and vocally admired my digital recorder when I asked if I could record a message from him to Cindy.

I can tell you now that, asking for him to do anything beyond sign an autograph or pose for a photo was a big “no-no” to the convention staff. When you hear Mr. Schneider say, “No, it’s OK, I’m talking to Cindy” on the recording it’s him waving off the convention bodyguard he had who was moving in to tell me to take my recorder and get lost.

I say all that to make my point that he is a man of top-notch character and heart, so I was not surprised to see his heart on display in his photo shoot with Mr. Cowart. And I grieve with him for the heartbreak the loss of his father brought.

Cindy was thrilled when I came home with the autographed photo personalized to her, but she was ecstatic when I pulled out the digital recorder and played his message to her. Obviously, we’ve kept that digital recording over the years and I think she will always treasure it and the man who took the time to send her that message.

One thought on “ : John Schneider and Cindy”