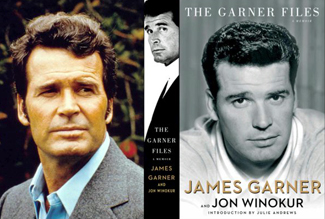 I was saddened to open my Twitter feed this morning and learn that actor James Garner had passed away Saturday at the age of 86. I never knew or met Mr. Garner, but my mother-in-law did.

When I was a young lad of 6 or 7 my father was a huge fan of westerns on TV. I had not yet fully developed my love of science fiction-themed TV shows by that point, but I did know that westerns were not my favorite brand of entertainment. With the exception of one…”Maverick.” 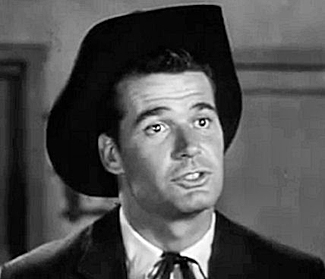 “Maverick” starred James Garner in the title role as a poker player from Texas who traveled to various towns in the old American West dispensing wisdom, justice and humor. His irreverent portrayal of the quintessential Old West hero was what drew me to his character; he wasn’t like Matt Dillon or Roy Rogers or Ben Cartwright. He was more like your older brother who let you in on the real story while pretending to go along with the crap that was being passed off as the truth. 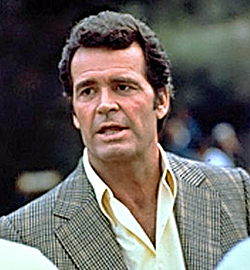 The next time I saw James Garner on TV was in my late teens when “The Rockford Files” debuted on TV. Again, his portrayal of Jim Rockford, Private Investigator was unique in that most of the usual PI tropes were missing. Jim Rockford had no secretary, no office (other than his beat up trailer that was parked near the beach) and most of his contacts were from the seamier side of the city. This wasn’t Joe Mannix or Barnaby Jones.

Later in life I enjoyed his Polaroid commercials with Mariette Hartley in which their on-air chemistry was so good that many people though they were married in real life, and his role as Reverend “Tank” Sullivan in the 2000 movie “Space Cowboys.”

But back in 1971, my mother-in-law experienced a much more intimate connection with Mr. Garner.

My father-in-law was a POW in Vietnam at the time and his wife was involved in many, many efforts to bring those prisoners and her husband home safely. At one of the events to keep the plight of these prisoners and their return in the public eye, Mr. Garner was in attendance and my mother-in-law stood on her tip-toes, kissed him on the cheek and thanked him for appearing to help the efforts of so many wives and families who wanted to bring their loved ones home from prison in Vietnam. He stopped and asked her how long my father-in-law had been a prisoner, told her he hoped that my father-in-law would be released as soon as possible and then leaned over from his 6’3” height and kissed her on the cheek.

Even today, so many years later, her face lights up when she recounts the experience of how kind, considerate and caring he was when talking to her during that difficult, difficult time.

R.I.P. James Garner. You entertained generations of people with your talents and skills, and made a very special lady in my life smile in remembrance through her sadness of your passing.