A native of Oklahoma asked me the other day, “Do you know why all the trees in Texas lean north?”

Well, I understand the sentiment. 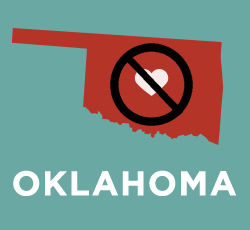 I don’t have many good memories of Oklahoma. When I left this place some 36 years ago I was glad to leave and thought I would never be back. For the most part, my 3 ½ years here were a time in my life that I would have preferred be forgotten. In fact, as I cast about my mind I find the door is still pretty securely locked on that time, so much so that I’m not completely sure of most dates and/or time spans. The hazards, I suppose, of trying to purposefully forget a life or time of your life.

I can only recall four positive events of my time here;

But being back here HAS brought some memories back, especially when I’ve driven past certain places.

A few days ago, while returning from a congressional office visit in Yukon, Oklahoma, I realized I was not far from the apartment complex we lived at when we first arrived in Oklahoma City 38 years ago.

As I drove south on MacArthur Boulevard toward N.W. 23rd Street, I was surprised at how much growth there had been in businesses along the boulevard; but, more than that, how those same businesses were either shuttered or repurposed from their original upper middle-class offices or services to now become run down pawn shops, fast food outlets, gas stations and furniture rental stores, all with bars on their windows.

Turning east on N.W. 23rd it was only a quarter mile until I reached the apartment complex on the right. This area was even more economically depressed.

The apartment complex looked like a victim of urban blight. The black wrought iron fence surrounding the complex that used to be straight and secure was worn gray in spots, bent in others and leaning over in still others, while several of the gates were locked with heavy chains. The brick buildings had been painted a cream color, but it looked like that was a long time ago. The outer walls were dull, dirty, and in some places along the first floor had been broken as if someone had hacked away at the bricks with hammers. All the nice landscaping was gone, replaced by a bare ground of dirt that was so devoid of any life-giving properties that even the weeds were dead, and piles of trash scattered about. The asphalt parking areas were pitted with holes, littered with garbage and broken, discarded children’s toys and auto parts. The windows of the apartments were caked in dust and dirt; at least the ones that weren’t broken.

As I drove around the outer perimeter I could see between the buildings into the inner courtyards and it was as if a bomb had been dropped. Just a total mess. The entire atmosphere was one of poverty, depression and hopelessness. Make no mistake, we were poor when we lived there, but the complex was not in the horrible shape I found it in that day.

I wanted to park and get out to walk over to the second floor apartment we used to live in and relive the first snow we had there when Ann, who was 2 ½ or so, and I went out and built a snowman and threw snowballs at each other (she laughed and smiled so wonderfully as we played), but it just didn’t seem like a good idea. I was a white man dressed in business attire and driving a government rental car and was already getting stares just by driving through, so I left and drove east on N.W. 23rd street.

The rest of the neighborhood surrounding the apartment is SO different as well and I know things change but it was just a shocking difference comparing what is was in my last memory so many years ago with what it was that day. The Safeway 1 ½ blocks away, that we used to sometimes walk to buy groceries, is now a decrepit looking Latina supermarket and the steakhouse restaurant where I used be the kitchen manager (in other words, cook, lol) a few more blocks down N.W. 23rd Street is now a rundown bar. The area is full of stores and businesses that are either closed or about to close, with bars on windows and doors. What used to be a middle-class part of Oklahoma City is now an area that desperately needs an injection of urban renewal efforts, but I saw no evidence that those efforts are forthcoming. Most of the faces I saw were filled with looks of quiet desperation and everyday survival defenses.

As I said, I never thought I’d come back to Oklahoma, but as long as I have to be here I’ll look around at some other parts of Oklahoma City and post at least one other recollection (hopefully with photos) of part of my time here in The I’d “Sooner” Not State.