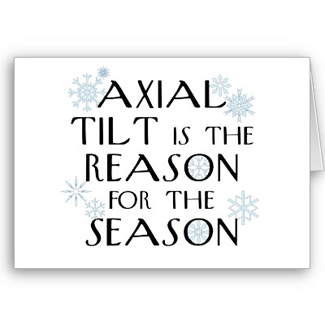 Later today, at 12:11PM ET, marks the Winter Solstice (if you’re reading this in the Northern Hemisphere), which astronomically marks the beginning of shortening nights and lengthening days. For ancient civilization, the celebrations of Saturnalia and Natalis revolved around the Winter Solstice. Yule, the ancient name for what is now called Christmas, is believed to have been derived from the Scandinavian Winter Solstice festival that pre-dated what the Christian church would co-opt and then call Christmas.

So enjoy this shortest day and longest night of the year and have yourself a Happy Winter Solstice!