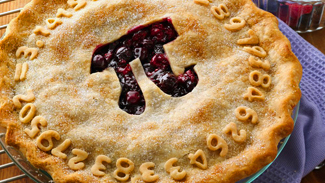 So named because today’s date, 3/14, corresponds to the first 3 digits of the irrational and transcendental number known as Pi (the Greek symbol π ) which those same math nerds use to represent a constant.

That constant is the ratio of the circumference of a circle to its diameter. The number is usually shown out to 5 places beyond the decimal point, or 3.14159, but in reality the number has been calculated by computers to over one trillion digits beyond its decimal point, or better understood to go on for infinity.

Yeah, I don’t understand it either. Math was never my strong suit. But the math nerds do and so we wish them a Happy Pi Day!

Me, I’ll take the edible kind of pie.