Happy Birthday to The Bestest Brother 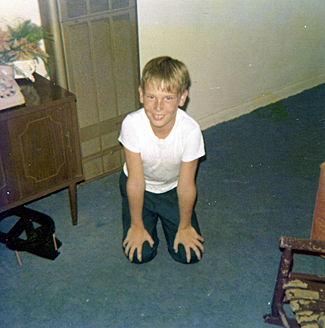 When I was 6 ½ years old my mom went off for a few days and then she came back home with a little brother. My dad came into the house carrying bags and my mom followed him in holding a little baby in her arms. The first time I leaned over close to get a good look at him, he reached up with his little hands and grabbed a whole bunch of my hair and pulled it, and thus me, toward him. I was saying, “Ow! Ow! Ow!” but making no move to make him stop and my mother took his hands and opened his fingers, loosening his grip on my hair, and scolded me saying, “Don’t let him do that.” But he was so small and fragile looking to me that I was afraid to even touch him, lol.

I remember when he was about 6 months old and it was the first time my mom was going to go somewhere, I’m not sure where but it was going to be for a few hours; long enough that my little brother was going to need his diaper changed. My mom said to my dad as she was going out the door, “Now keep an eye on him and change his diaper when he needs it changed. And DON’T make Jeff do it!” but of course later when little Mark had filled his diaper with lots of brown goo my dad insisted I remove the dirty diaper, clean Mark’s behind and put on a clean diaper, even though I reminded him that mom had said that HE was supposed to change the diaper. As soon as my mom walked back in the door she asked if Mark had gotten a dirty diaper and my dad said that he had and I chimed in with, “Yeah mom and dad made ME change it even though you told him to do it!” My dad got yelled at but that didn’t stop him from making me change Mark’s diaper the next time it was dirty and my mom wasn’t around.

Growing up, I never treated my little brother the way I should have. In my adult years I have often hoped that he has forgiven me for that. The 6 ½ years between us made it difficult to have much in common when I was growing up. And of course, like most younger siblings he wanted to follow me around and do everything I was doing and, of course, like most older siblings I didn’t want to be followed around. After I complained to my mom about Mark always trying to be around once when I was around 15 or 16, she sat me down at the dining room table and said, “Don’t you realize how much he idolizes you? He wants to be around you because he looks up to you!” I’ve never considered myself to be someone that anyone should look up to and I had never considered it like that before. I tried to treat him better after that conversation. 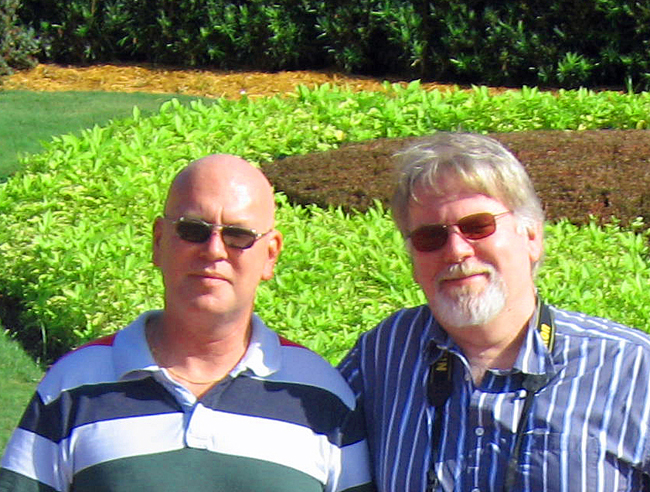 Mark and I at Walt Disney World Magic Kingdom in September of 2009.

But I never let anyone in my age group say or do anything to hurt my little brother. One time, our family had gone down to our trailer in Key Largo and there were a couple of new kids in the neighborhood that had come down for vacation. They were my age, around 10 and 11, and shortly after the four of us started playing they began making fun of Mark and berating him for being so much younger. After I told them once to cut it out and they did it again, I told them off (even though kids my age around there were scarce, so I was limiting my options for someone to play with), put my arm around my 4 year old brother and walked away telling him we didn’t need to play with creeps like that.

I’m thankful that, as we got older we grew even closer. When our father had his major stroke, I lost it right there in the hospital room and was inconsolable. It was Mark who came in and talked to me man to man, brother to brother. And through the years he has always been there for me, in more ways, I fear,  than I have been for him.

There is no one, and I mean no one, who can make me laugh the way my little brother can. I remember he had the same effect on our parents. I love spending time with him and last year, when I was working in NJ and was able to visit him in NY, was one of my best years because of all the time we got to spend together. 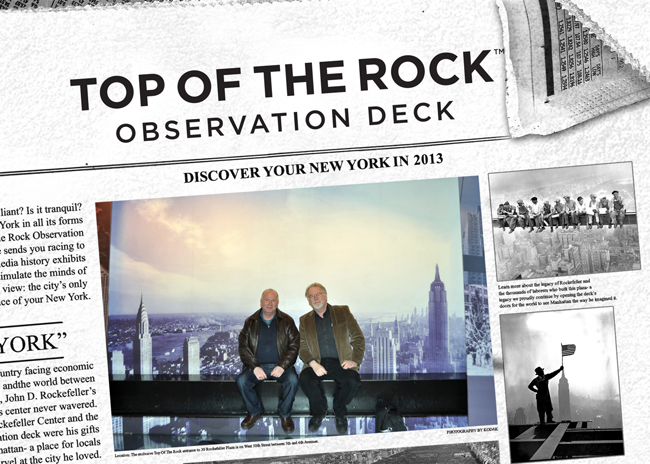 One year on my birthday, I don’t remember which one but it was at least 30 years ago, Mark gave me a card that read, “Happy Birthday from the Bestest Brother” and I still have that card in my office at the cabin because it means so much to me. So this year I say

“Happy Birthday TO The Bestest Brother!!”

and I hope you have many, many more!