I was 10 years old when the Batman TV series starring Adam West as the title character debuted in 1966. Since I was already a huge fan of the Batman comic book it was an easy transition to loving the TV series, which was done in a “comic book” style with exaggerated fight scenes and sound effects like “Bam!” and “Oof!” plastered across the screen.

Today, Adam West celebrates his 85th birthday and one of my favorite non-TV depictions of him as Batman was on this March 1966 cover of Life magazine. I remember practically begging my mom to buy the issue when I saw it on the newsstand rack and she thankfully did. Somewhere in the years between then and now, my copy was sadly lost. But thanks to the magic of the Interwebs, I can present it here to you for your own personal admiration of the original Batman. 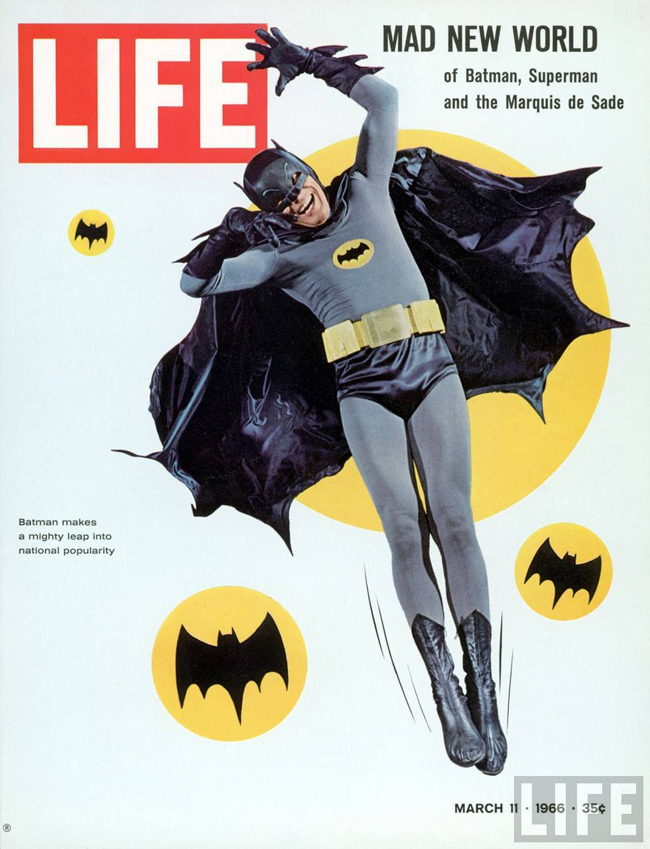