Happy 17th Anniversary To My Wife

Bill Clinton began his second term as President of the United States.

Tony Blair is appointed Prime Minister of the United Kingdom.

IBM’s Deep Blue defeated Garry Kasparov in the last game of the rematch, the first time a computer beat a chess World Champion in a match.

Timothy McVeigh is convicted on 15 counts of murder and conspiracy for his role in the 1995 terrorist bombing of the Alfred P. Murrah Federal Building in Oklahoma City, Oklahoma and received a death penalty sentence.

The first book in the award winning Harry Potter series by J. K. Rowling is published.

NASA’s Pathfinder space probe lands on the surface of Mars.

Diana, Princess of Wales, dies in a car crash in a Paris tunnel.

Scotland voted to create its own Parliament after 290 years of union with England.

The domain “Google.com” is registered.

The Florida Marlins win Game 7 of the 1997 World Series against the Cleveland Indians 3-2 in 11 innings.

The term “weblog” (later shortened to “blog”) is coined.

And while celebrities such as Woody Allen and his adopted daughter Soon-Yi Previn were getting married, an obscure (to everyone but each other) man and woman in Orlando, Florida were married in the beautiful backyard garden of the bride’s parents, writing their own vows, choosing their own music and surrounded by family and friends. 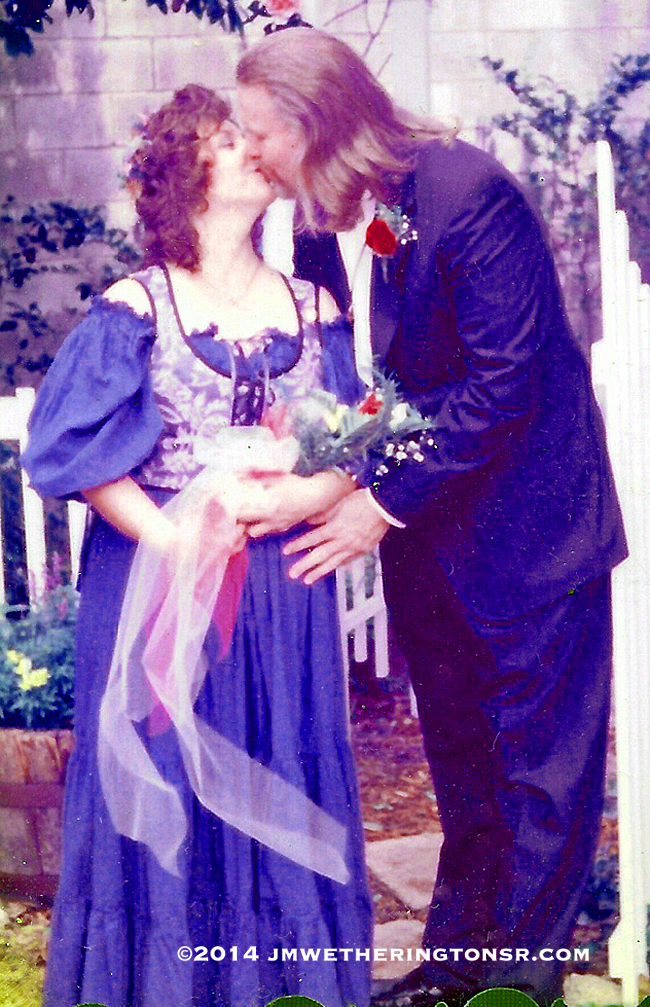 As I told my children shortly before the ceremony; outside of the days they were each born, THIS was the happiest day of my life.

Happy 17th Anniversary Cindy! Thank you, so very much, for the 17 happiest years of my life.