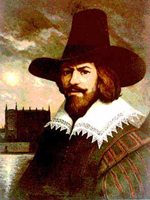 All across Britain, people light bonfires to remember this day in 1605, when King James I broke up the Gunpowder Plot. Catholics were persecuted under the reign of King James, so a group of Catholics hatched a plot to blow up the Houses of Parliament and kill the king so that they could install a Catholic head of state. They managed to stash 36 barrels of gunpowder in a cellar underneath the House of Lords. On the evening of November 5th, one of the men, Guy Fawkes, was alone guarding the gunpowder when the king’s authorities stormed in and arrested him. They had been tipped off by an anonymous letter. Fawkes was tortured and eventually executed along with some of his co-conspirators. 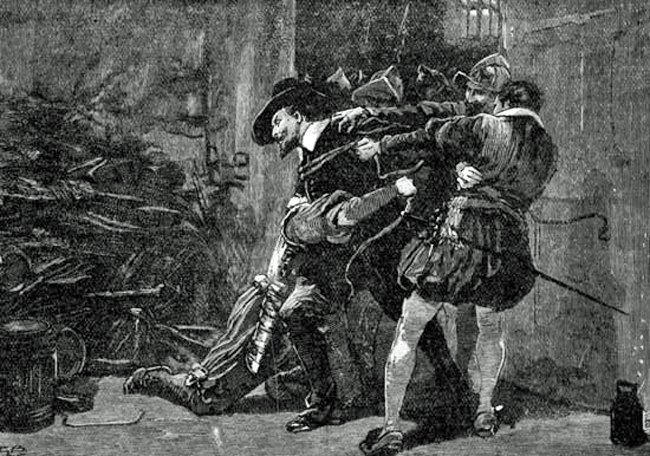 On the night that Guy Fawkes was arrested, King James encouraged his subjects to light bonfires as a “testimony of joy” in celebration of his survival — as long as the bonfires were kept under control. Bonfires quickly lit up the night; one citizen, who lived near St. Paul’s Cathedral in London, wrote that there was “great ringing and as great store of bonfires as ever I thincke was seene.” The celebration became an annual event, with a spectacular display of bonfires and fireworks, but it also became an excuse for anti-Catholic demonstrations. Figures of Guy Fawkes were burned in effigy, as were other unpopular figures, especially the pope.

Writer Alan Moore used the history and the event celebration as a modern-day backdrop for his 1982 graphic novel “V For Vendetta” and artist David Lloyd designed a mask for the protagonist using a stylized version of Fawkes’ face. The same design was used in the 2006 film adaptation and was later used by the hacktivist group Anonymous and the Occupy Movement in the United States and around the world to hide their true identities. 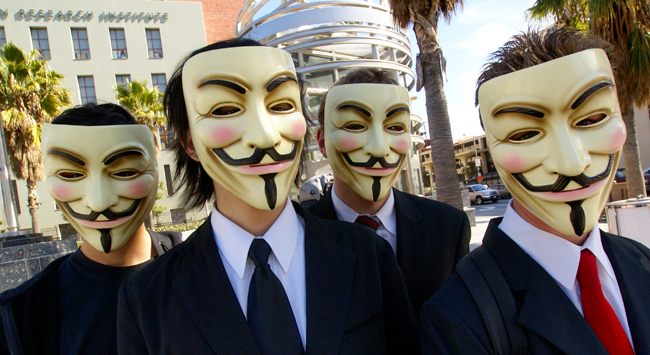 The English nursery rhyme “The Fifth of November” begins:

The fifth of November,

The Gunpowder treason and plot;

I know of no reason

Why the Gunpowder treason

Should ever be forgot!”

Thanks to The Writer’s Almanac” for some of the above information.