Guardians Of The Galaxy Trailer 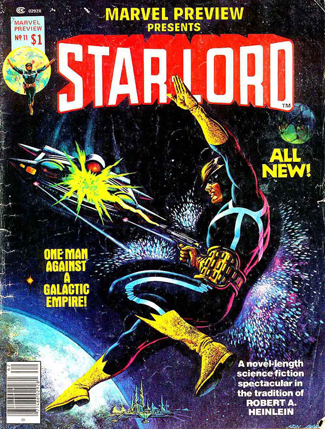 I’ve read very few of the original (1969) Guardians of the Galaxy comic books and mostly knew about them from their meeting of the Avengers in “The Korvac Saga” which spanned issues #167 through 177 of the Avengers’ comic book in 1978. I’ve never read any of the new (2008) version of the Guardians of the Galaxy comic books, but I was very fond of the Star-Lord character, Peter Quill, when he debuted in 1976 and especially the Chris Claremont/John Byrne/Terry Austin version in Marvel Preview #11 in 1977.

All of which is to say that, though I’m tangentially familiar with the 2008 Guardians of the Galaxy team, I’m not so tied to them that it matters to me how they are portrayed in the new film. Star-Lord is not the all business character I remember, but I’m willing to wait and see how the entire film story plays out.

Here’s the new full-length trailer that debuted on Jimmy Kimmel Live last night, if you haven’t seen it yet