My day began at 3am. My last flight of the day arrived in Orlando at 12:45pm and it took another hour to get to the gate, down to baggage claim and actually retrieve my luggage so by the time Cindy and I arrived at the Chili’s near the airport for lunch it was almost 2pm. Other than 15 almonds I brought with me on the flight, I had not eaten since breakfast at 3:30am. So, we overdid it and ordered a dessert to share after lunch. 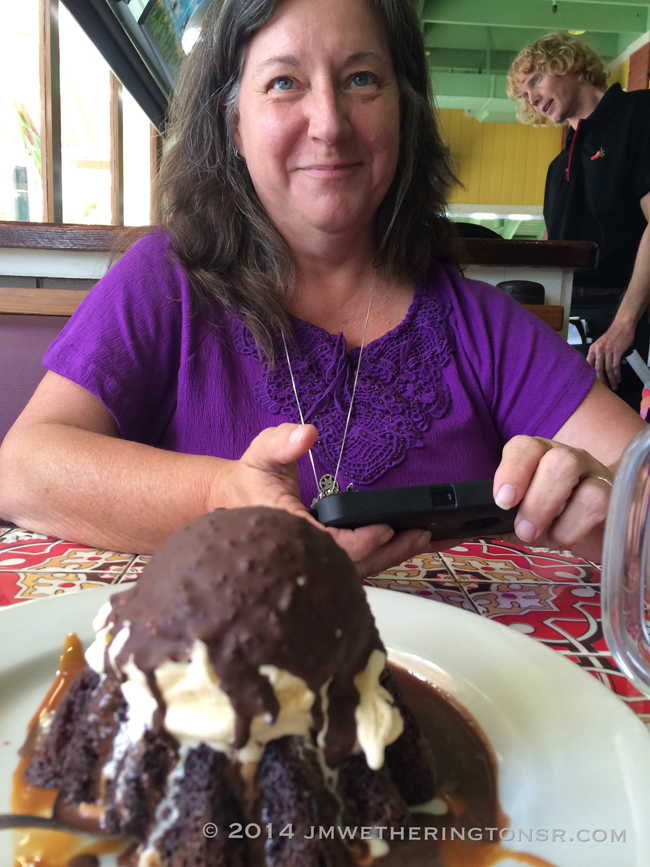 Then we stopped by my daughter’s house to see her and my two oldest grandchildren. We didn’t get to stay long and I hope to get a little more time to see them on Saturday. After that it was over to Cindy’s parents’ home where we grabbed a quick 30 minute nap before her son and daughter-in-law arrived with our two youngest grandchildren that we had the pleasure of babysitting tonight while their parents attended a wedding. It was good to see what I call our Texas-annexed family. After they were on their way to the celebration, I left for a few minutes to go pick up my middle granddaughter from daycare so the cousins could all play and visit with each other. We had a fun playtime, a good dinner, and then the girls (joined sometimes by Maxwell) got to watch “Frozen” for probably the 1,000th time.

Being the youngest, Maxwell was in bed first and after some more playtime, the girls came and asked Granddad if he would read them a bedtime story before the Sandman paid a visit.

I was originally supposed to end my work in Little Rock NEXT week, but it worked out that my departure was moved up a week and the timing was just great, as it allowed me to see ALL my grandchildren, including the ones living in Texas who just happened to be in town this week for the wedding and if I had come back next week I would have missed them. Thankful for the serendipity of fate.

And now, 19 hours after rising this morning, I believe it may be time for the Sandman to visit me as well.