Einstein’s Desk The Day He Died

Below is a photo of Albert Einstein’s desk as it appeared on the day of his death, 60 years ago today. 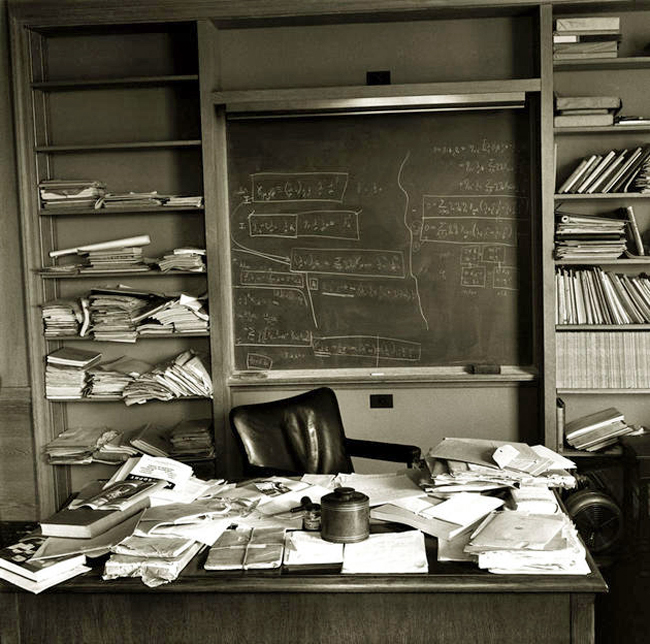 On April 17, 1955, Einstein began experiencing internal bleeding as a result of an abdominal aortic aneurysm. He was transported to the University Medical Center Hospital at Princeton, but not before retrieving a draft of a speech he was preparing for a television appearance that would commemorate the State of Israel’s seventh anniversary and taking it to the hospital with him to continue working on.

When advised that he required surgery, Einstein refused saying, “I want to go when I want. It is tasteless to prolong life artificially. I have done my share, it is time to go. I will do it elegantly.”

Early on the morning of April 18, 1955 Einstein passed away at the age of 76, leaving unfinished the draft of the speech he had been working on right up until the end.

Since my own desk looks every day like his did on the day of his death, I assume that the one thing I will have in common with this great mind of the 20th century will be that my desk will look as cluttered and piled with work on the day I die. When it comes to having something in common with Einstein, well it’s better than nothing.

3 thoughts on “ : Einstein’s Desk The Day He Died”