Did You Know…The First Atomic Bomb Exploded On This Day In 1945?

On this day in 1945, at 5:29:45 a.m., the first atom bomb was successfully detonated at White Sands Proving Ground in Alamogordo, New Mexico. The assembled scientists wore welder’s goggles and shared suntan lotion. Enrico Fermi took bets on whether the atmosphere would ignite and destroy just the state of New Mexico, or the entire planet.

The explosion lit up the sky. The desert sand, largely made of silica, melted and turned to a light green, radioactive glass. Ken Bainbridge, the Harvard physicist in charge of the whole enterprise, known as the Manhattan Project, turned to J. Robert Oppenheimer and said, “We are all sons of bitches now.”

On August 6th and August 9th, the United States bombed the cities of Hiroshima and Nagasaki, Japan, the only time nuclear weapons have been used in the history of warfare. 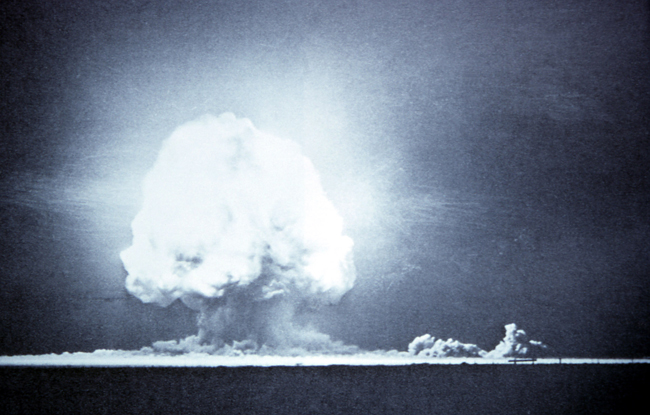