Did You Know…About Beard Oil? 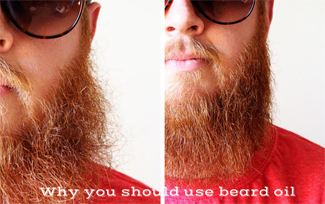 I’ve grown and shaved off beards several times in my beard-shaving life. So much so that I wish I had listened to my dad when he tried to tell me that my desire at the age of 12 to shave off the extremely long peach fuzz on my face would result in countless mornings over numerous years of having to shave off the resulting coarser stubble if I wanted to remain clean shaven. He warned me that daily shaving is no fun.

Alas, I did not listen.

For the last 20 years, at least, I have always kept a goatee. I have watched it (and the hair on my head) turn from its original naturally dark blonde to its current naturally light gray. In those ensuing 20 years, I’ve probably only let my full beard grow out 3 or 4 times and have watched it grow out grayer and grayer as well. I usually ended up shaving the beard off because:

But a couple of months ago I decided to let it grow out again. The hell with the gray! I’m an old fart now, so what does it matter?

My father-in-law asked me what I’m trying to hide, but with a face that looks like mine I think it’s obvious, lol. 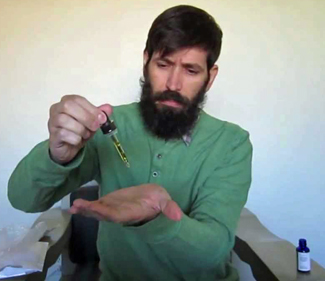 Now, a problem I’ve always encountered with a beard (and even my constant goatee) is that it itches, feels dry and produces flakes of goatee or beard “dandruff” which is especially aggravating when I’m wearing a dark or black shirt that ends up looking like it has snowed on my chest. I’ve tried using shampoo/conditioner and even just conditioner on my goatee or beard when showering, but the results were often hit or miss.

But the other day I was reading Wil Wheaton’s Tumblr page where he is currently answering questions about virtually anything that involves his life, interests and beliefs. Wil has also been growing out a very impressive beard over the past few months and someone asked him, “Do you use beard oil?”

I Googled it, looked it over and thought, “Hmmm, this might be the answer.”

I don’t know WHY I’ve never heard of beard oil before this. In my younger days I probably would have seen something about it in GQ magazine, but I haven’t read that magazine in at least 25 years and can’t recall that I’ve ever actively used their website. It’s never come up in conversation with other men, though I don’t see why it ever would. I guess I’m just a clueless, uninformed, non-fashionable guy. 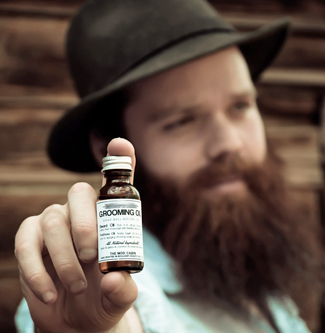 Here’s the kicker, though. After reading up on beard oil I say to Cindy, “Have you ever heard of beard oil?”

Wait, what? You’re the one, I’m thinking to myself, who suggested I use conditioner to reduce the flaking effect, but you never mentioned beard oil?

Before I can voice that she says, “Well, I’ve heard of it but I don’t know much about it.”

So I start telling her that this site has these beard oils in different scents and with different oils like jojoba, coconut and tea tree at which point she says, “You know, I have all those same oils that I use in making my candles and fragrance oils, you want to try one of them?”

So she brings me a pinewood-scented, jojoba oil based bottle of the stuff and I’ve been using it for about a week and it really seems to be working well. I smell like a forest when I first rub in the 2-3 drops it takes to condition my beard and goatee, but I’ve had less itching and almost no flaking. And I’ve been filling in my abysmal lack of knowledge about beard health by watching The Beard Baron on YouTube.

Now my only remaining question is, “How long do I let this thing grow?” 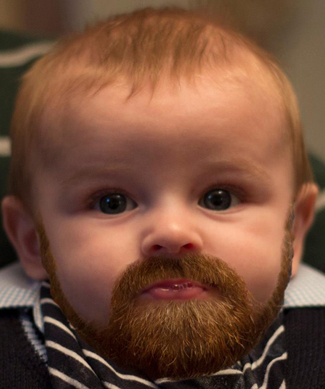 One thought on “ : Did You Know…About Beard Oil?”