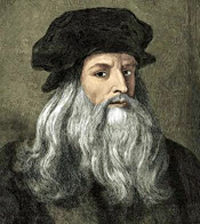 So, if you follow me on Goodreads or see my status updates on Facebook of what I’m reading and where I’m at in the books I’m reading you know that I’m currently reading Walter Isaacson’s “Leonardo da Vinci”, the outstanding biography of the original Renaissance Man.

I had no idea that there were plans to make an adaptation of the book until I read about it in one of the newsletters I subscribe to from Book Riot. And in an interesting little twist, Leonardo DiCaprio is set to produce and star in this planned movie. 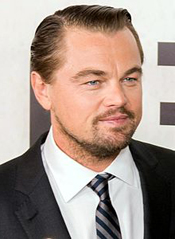 Which brings me to an even more interesting twist. The other day, while reading the book, I got to wondering how Mr. DiCaprio came be named Leonardo and if there was any connection to Mr. da Vinci. According to Book Riot, Mr. DiCaprio “got his first name because his pregnant mother was looking at a Leonardo da Vinci painting in a museum in Italy when the future star kicked for the first time.”

Now THAT’S a kick in the gut…

One thought on “ : Da Vinci or DiCaprio?”